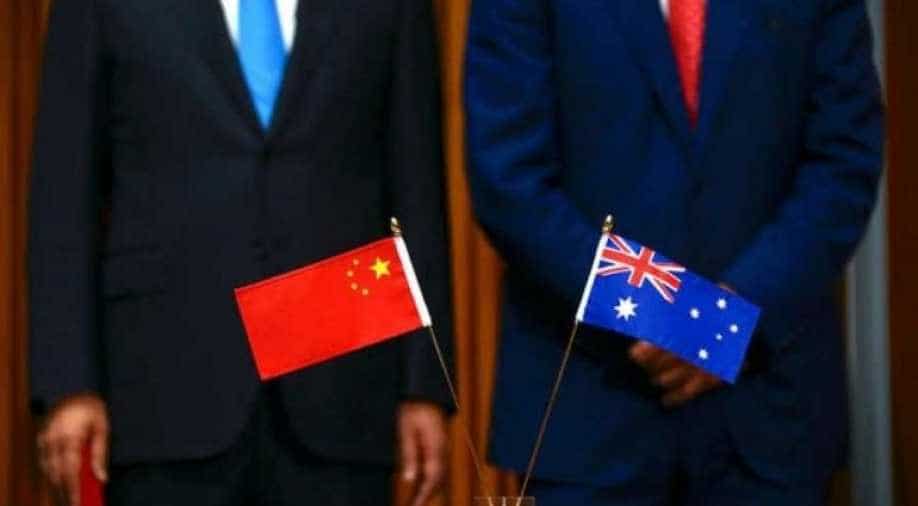 The Australian television, radio and web outlet -- which specialises in multilingual, multicultural content said it was investigating CGTN and CCTV's airing of dozens of forced prisoner confessions.

The Australian television, radio and web outlet -- which specialises in multilingual, multicultural content -- said it was investigating CGTN and CCTV's airing of dozens of forced prisoner confessions.

SBS said it had been contacted by human rights organisation Safeguard Defenders about CGTN and CCTV's decision to broadcast what they said were at least 56 confessions of prisoners held under duress or torture between 2013 and 2020.

"SBS has received a complaint which it is currently reviewing," a spokesperson for the broadcaster said.

"Given the serious concerns it raises, and the complexity of the material involved, we have made the decision to suspend the broadcast of the overseas-sourced CGTN and CCTV news bulletins while we undertake an assessment of these services."

The move is likely to further sour relations between Australia and China, which are already at the lowest point in decades.

Australia has moved to limit the influence of Chinese state-linked individuals, organisations and technology firms in the country.

It has also barred Chinese state-linked firms from buying two local companies and is reviewing a slew of past investments.

China has responded with sanctions against a range of Australian exports, from grain and coal to wine and lobsters.

Media workers from both countries have been caught in the crossfire.

Australian authorities also raided the homes of four representatives of Chinese state media as part of an investigation into covert influence operations.

SBS said it had carried 15 minutes of CGTN in Mandarin and 30 minutes of CCTV in English as part of its "World Watch" international news programme.

Its withdrawal of the segments comes after British regulator Ofcom slapped a ban on CGTN in February, arguing that the broadcaster's state-backed ownership structure violated British law.

China has long heavily censored foreign news outlets, including Britain's BBC which has been completely banned since earlier this year.

In the United States CGTN staff must register as agents of a foreign government.