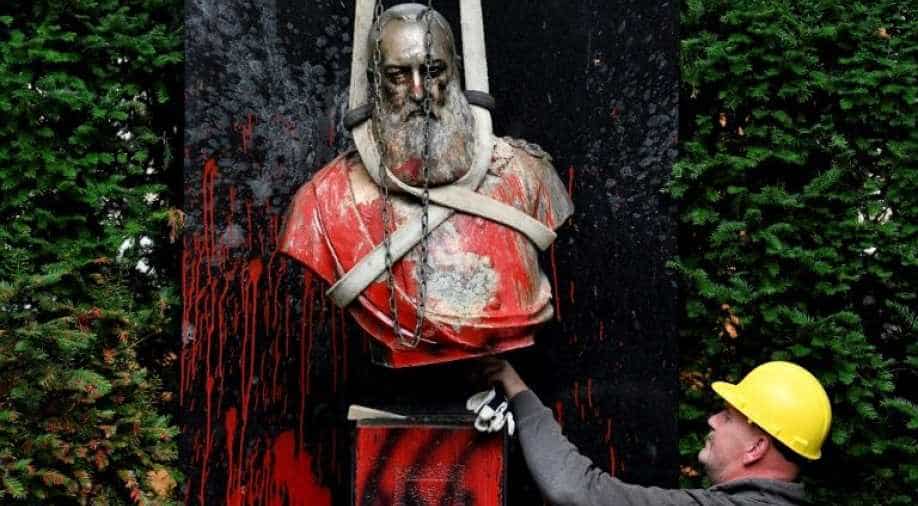 The death of African-American George Floyd while in US police custody has sparked calls to address systemic racism around the world.

Authorities in Western Australia said the King Leopold Ranges in the remote Kimberley region would now be known as the Wunaamin Miliwundi Ranges. The 600-kilometre (373-mile) range was named after the monarch in 1879.

Even in his native Belgium, Leopold has become synonymous with the horrors of European colonisation of Africa. He is believed to be responsible for millions of deaths in Africa between 1865 and 1909, primarily in what is now the Democratic Republic of Congo.

The death of African-American George Floyd while in US police custody has sparked calls to address systemic racism around the world.

Belgian protesters have torn down, or daubed with paint, several statues of Leopold.

Many were killed, mutilated or died of disease as they worked on rubber plantations belonging to Leopold, who was notoriously brutal even by the standards of the day.

Belgium's current monarch, King Phillipe, this week expressed his "deepest regrets" about that period in the country's history.