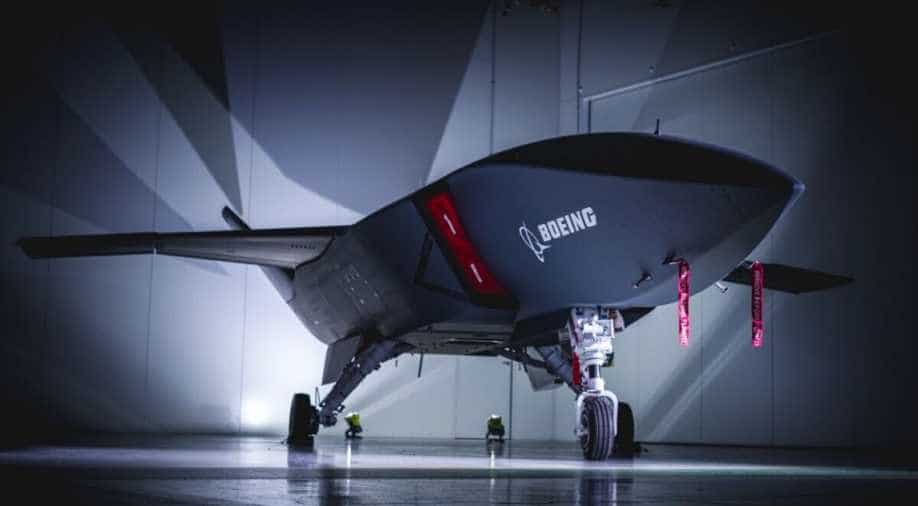 The first unmanned Loyal Wingman aircraft was presented by Boeing to the Royal Australian Air Force in Sydney (Image courtesy: Boeing) Photograph:( Others )

It is also the first military aircraft to be designed and built locally in more than 50 years.

Australian Prime Minister Scott Morrison said ''this a truly historic moment for our country and for Australian defense innovation.''

''The Loyal Wingman will be pivotal to exploring the critical capabilities our Air Force needs to protect our nation and its allies into the future,'' he added.

It will "use artificial intelligence to fly independently, or in support of manned aircraft, while maintaining safe distance between other aircraft," according to Boeing's website on the project.

The drone will be able to engage in electronic warfare as well as intelligence, reconnaissance and surveillance missions and swap quickly between those roles, according to Boeing.

The aircraft delivered in Sydney on Tuesday is the first of three prototypes Boeing is producing.