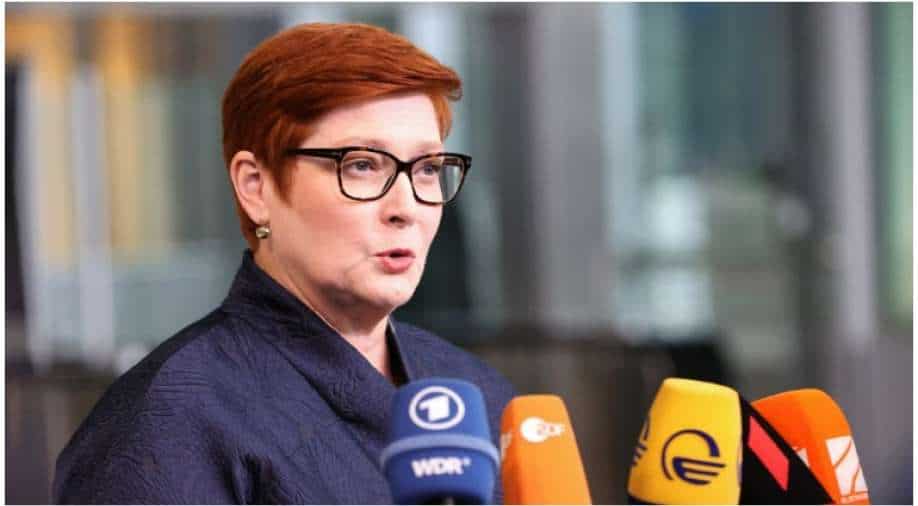 Solomon Islands' security pact with China, inked last month has alarmed the USA and Australia. There are fears in the western camp that the deal would give China military foothold in Pacific Ocean

Australian foreign minister held talks with her counterpart from the Solomon Islands on Friday on issues including the Pacific island nation's security pact with China. The Solomon Islands has reacted sharply to global criticism it has been receiving over the pact.

We have reiterated our deep concerns about the security agreement with China, including the lack of transparency," said Australian Foreign Minister Marise Payne after she held talks  Jeremiah Manele, Foreign Minister of Solomon Islands.

Solomon Islands' security pact with China, inked last month has alarmed the USA and Australia. There are fears in the western camp that the deal would give China military foothold in Pacific Ocean less than 2,000 kilometres (1,200 miles) from Australia's coast.

Details of the final deal have not been released but a leaked draft included measures that would allow Chinese naval deployments to Solomon Islands.

Australia's government is fighting criticism in the run-up to May 21 federal elections after apparently being outmanoeuvred by China in a region where it has traditionally held strong influence.

"We deplore the continued demonstration of lack of trust by the concerned parties," Sogavare told parliament on Tuesday, adding that he had already explained there was
"nothing to be concerned about" with the China pact.

Without naming countries, Sogavare said Tuesday that there had been "warning of military intervention" if other nations' interests were undermined in Solomon Islands.

"In other words, Mr Speaker, we are threatened with invasion. And that is serious," the prime minister said.

Prime Minister Scott Morrison said there had been no invasion threat from Australia, insisting that his government treated its Pacific allies as equals and urging a "calm and composed" approach.