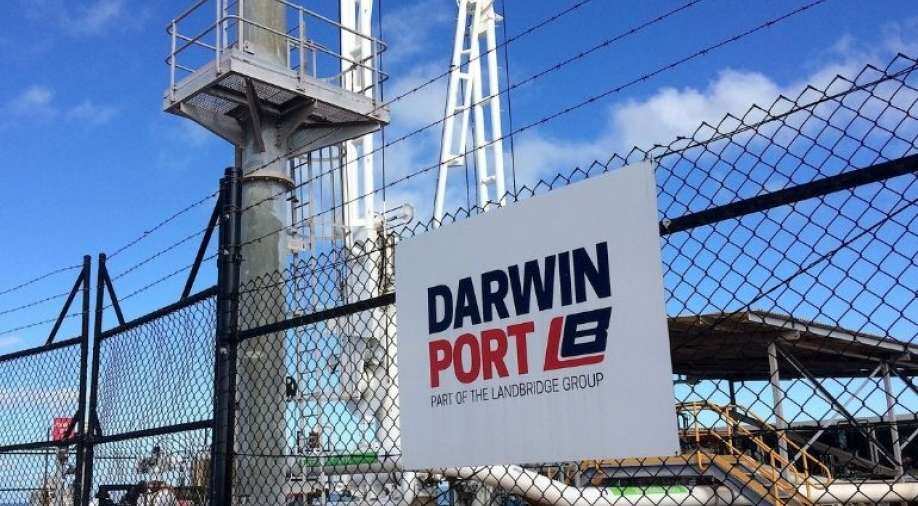 Machinery can be seen sitting at the Port of Darwin, located in the Northern Territory's capital city of Darwin in Australia Photograph:( Reuters )

Australia overhauled its foreign investment laws late last year, giving the government the retrospective power to impose new conditions or even force a divestment on deals that have already been approved

Australia is reviewing the 99-year lease of a commercial and military port in the country's north to a Chinese firm, a government source said on Monday, a move that could further inflame tensions between Beijing and Canberra.

Australia overhauled its foreign investment laws late last year, giving the government the retrospective power to impose new conditions or even force a divestment on deals that have already been approved.

Defence officials are looking into whether the Landbridge Group, which is owned by Chinese billionaire Ye Cheng, should be forced to give up its ownership of Darwin Port on national security grounds, the source told Reuters.

Landbridge, which has close ties to the Chinese military according to media reports, won a bidding process in 2015 to operate the port in a deal worth A$506 million ($390 million).

"Advice has been sought on the port and that will go to national security committee in due time," a government source said. The source declined to be named as he is not authorised to talk to the media on the subject.

The Sydney Morning Herald newspaper, which first reported the review, quoted Defence Minister Peter Dutton as saying the government would "look at options that are in our national interests after that.”

The defence department, the Australian offices of Landbridge and the Chinese embassy in Canberra did not respond to requests for comment.

The awarding of the contract to Landbridge by the Northern Territory government came just a few years after the United States posted the first of a rotating group of US Marines in Darwin. The posting was part of former President Barack Obama's pivot to Asia following China’s increased assertiveness in the region and Obama reportedly expressed his displeasure at not receiving a heads up on the port deal.

Touted as Australia’s front door to Asian markets, and a potential hub for resources and agriculture exports, Darwin is the centerpiece of the government's plan to develop its remote north.

The review comes at a low point in relations between Australia and China, which have fluctuated for years. Relations deteriorated again last year after Canberra called for an international inquiry into the origins of the COVID-19 pandemic, prompting trade reprisals from Beijing.

Morrison has said the new foreign investment powers, which were used for the first time in April, were needed to ensure consistency in foreign relations and were not aimed at any one country.

The government has so far cancelled four deals using the new law, two of which were Belt and Road initiatives struck by Victoria state with the Chinese government. The other two deals were education agreements with Syria and Iran, also with Victoria state.

The federal government said the Belt and Road cancellations were needed to ensure foreign policy consistency. A Chinese foreign ministry spokesman responded by urging Australia to abandon its "Cold War mentality and ideological bias" and "immediately correct its mistakes and change course".