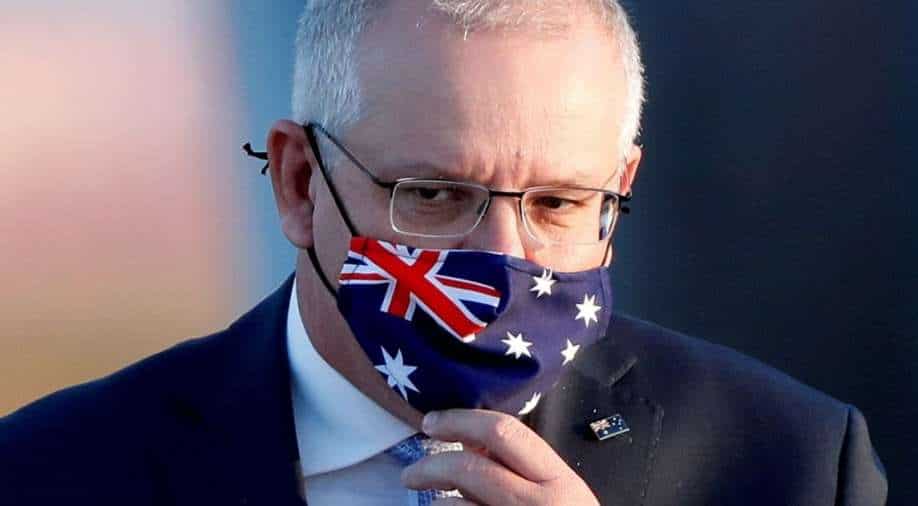 Several million Australians are in various forms of lockdown amid a slow vaccine rollout as PM Morrison said young people can take the vaccine after talking to the doctor who will be covered by a no-fault indemnity scheme.

The country's health minister Greg Hunt said that "COVID-19 vaccine AstraZeneca can be used in adults aged under 60 years of age for whom Pfizer is not available," while adding, "The benefits are likely to outweigh the risks for that individual."

However, Western Australia's premier Mark McGowan on giving access to those under 40, said: "That shouldn’t happen. Clearly, we get different advice, I suppose, or have a different approach."

Thank you to each and every Australian who has come forward for their vaccination. You are helping to save lives and protect lives. pic.twitter.com/nZFvwd0lND

The hesitancy over AstraZeneca shots is linked to reports of blood clots even as the World Health Organization(WHO) recommended continued use of the AstraZeneca shot asserting that benefits outweighed the rare risk of clots.

"Now the ATAGI (Australian Technical Advisory Group on Immunisation) advice talks about a preference for AstraZeneca to be available, made available to those as preferred for those over 60," the Australian PM had said.

"But the advice does not preclude persons under 60 from getting the AstraZeneca vaccine," Morrison added.

Morrison had said that all under-60s should “go and have that discussion with your GP” over AstraZeneca vaccine shots. Australia’s High Commissioner to India, Barry O’Farrell took the second shot of the AstraZeneca(Covishield) while saying on Twitter, "thought it fitting to wear my NSW Blues jersey."

The Australian PM had said that the Delta variant was proving "to be a far more difficult element" and presenting "very different challenges".

Several million Australians are in various forms of lockdown amid a slow vaccine rollout. Morrison said young people can take the vaccine after talking to the doctor who will be covered by a no-fault indemnity scheme.

Amid the vaccine row, Northern Queensland state along with the Western Australian capital of Perth announced lockdowns to combat the fast-spreading virus. Sydney is already in a state of lockdown till July 9.

With the vaccine chaos overtaking several states, Omar Khorshid, the president of the Australian Medical Association said: "AstraZeneca is safe, it is effective, but for those under 60 there is a better vaccine and that is Pfizer" as three Australian states said they were not consulted before Morrison's announcement.

Australia has vaccinated just 5 per cent of its population but has recorded relatively low 30,500 coronavirus cases and 910 deaths but has witnessed a surge in cases in the past month worrying health officials.