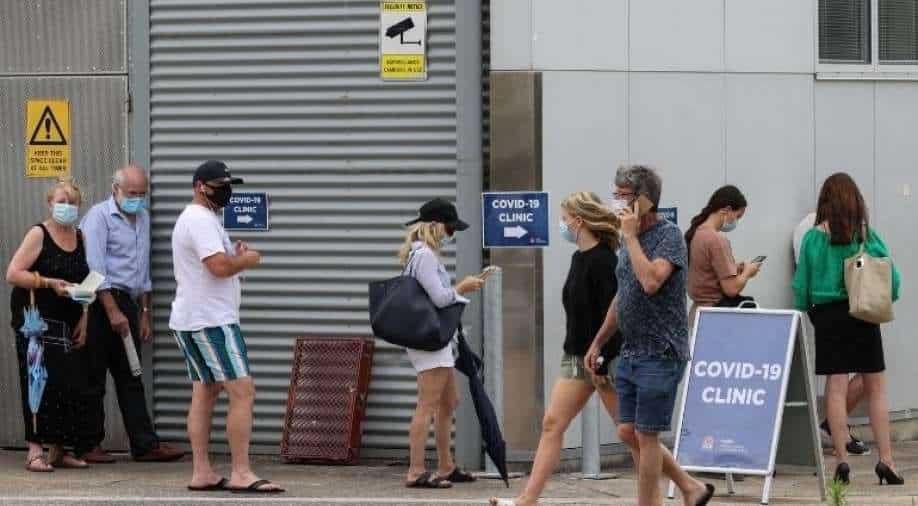 The cluster of cases on Sydney's northern beaches grew to 38

Parts of Sydney headed into a lockdown on Saturday as officials said they hoped the restrictions to be enough for control of a growing outbreak before Christmas.

Residents were ordered to stay at home from late Saturday until Wednesday midnight, other than for essential reasons. The cluster of cases on Sydney's northern beaches grew to 38.

"We're hoping that will give us sufficient time to get on top of the virus so that we can then ease up for Christmas and the New Year," said Gladys Berejiklian, the state premier of New South Wales of which Sydney is the capital.

Hundreds of thousands of people in several suburbs were to be forced indoors with beaches, pubs and hotels closed.

Although the restrictions -- which will be enforced by police -- only apply to the northern beaches, Berejiklian pleaded with Sydney's more than five million residents to stay home as much as possible over the coming days.

"Can I please ask everybody to abandon non-essential activity," she told local media on Saturday. "We don't want the virus to spread outside of the northern beaches."

Sydney to Hobart boat race was cancelled for the first time in its history on Saturday owing to lockdown regulations.