At least 7 dead in New York City after flash floods 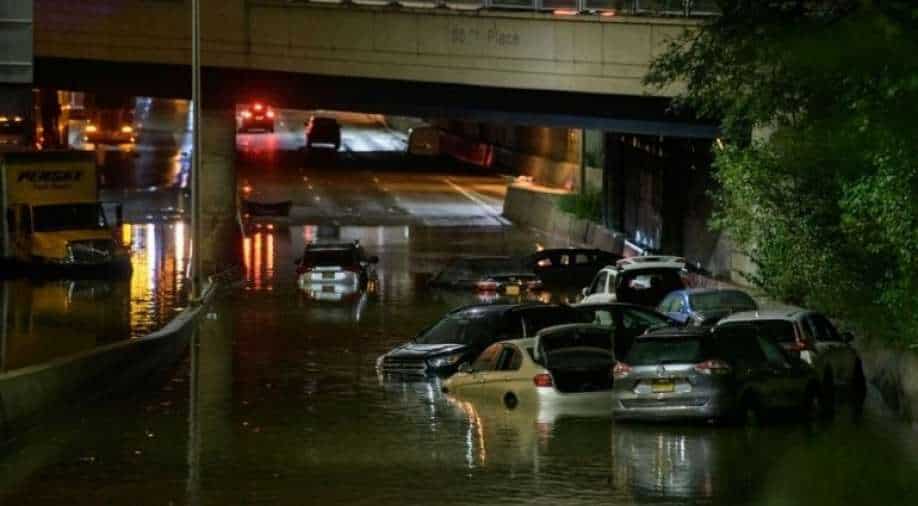 Storm Ida is expected to continue moving north today, where it is expected to bring heavy rainfall to New England, which was hit by a rare tropical storm last month.

According to officials, at least seven people have died in New York City as a result of record-breaking rains and flash flooding.

After Tropical Storm Ida slammed the city, a state of emergency was established.

New York City Mayor Bill de Blasio stated the city was "in the midst of a historic weather catastrophe," with "severe flooding" and "hazardous driving conditions."

As the leftovers of the tropical storm delivered torrential rain, the potential of flash floods, and tornadoes to sections of the northern mid-Atlantic, nearly all New York City subway lines were suspended.

In reaction to Ida, New Jersey issued a state of emergency.

Updated observed rainfall totals for the last 48 hours ending 11 pm Wednesday September 1st. Most of this rain has fallen during the last 12-24 hours. We needed to increase the color scale values from the map we previously posted with totals through 8 pm. pic.twitter.com/B9gIPnLsTw

The Metropolitan Transit Authority announced that due to the floods, subway service was "very limited."

The mayor of New York City has urged residents not to go outside.

We’re keeping our eyes on our power grid. We’ve seen about 5,300 customers without power.

We expect the rain to stop in the next few hours. But until then, again, if you’re not inside, get inside.

"Please stay off the streets tonight and let our first responders and emergency services get their work done. If you're thinking of going outside, don't. Stay off the subways. Stay off the roads. Don't drive into these heavy waters. Stay inside", he said on Twitter.