At least 50,000 Islamic State fighters killed in Iraq and Syria since 2014: US official 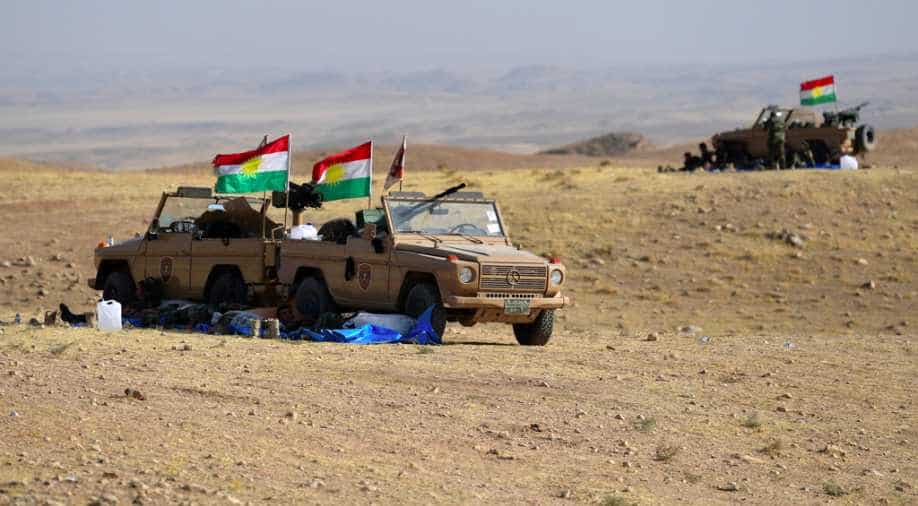 Kurdish peshmerga vehicles are parked as soldiers relax near a road to Mosul as forces continue the battle to retake Mosul, on October 19, 2016 in Bashiqa. Photograph:( Getty )

The US-led coalition has killed at least 50,000 Islamic State fighters since it began operation in Iraq and Syria in 2014,a senior military official said on Thursday.

The operation by a dozen or so members of the anti-IS coalition has used planes and drones, conducting about 16,000 strikes against jihadists in Iraq and Syria,news agency  AFP reported. Two-thirds of these strikes have been in Iraq.

The coalition has also provided training and weapons to local forces fighting the IS.

"I am not into morbid counts but that kind of volume matters, that kind of impact on the enemy," the official said, according to AFP, calling the 50,000 number a conservative estimate.

The official, speaking to AFP on condition of anonymity, said the air campaign had been the "most pristine" ever in terms of avoiding civilian casualties.

He said almost all the bombs dropped till now have been  smart weapons that can be steered to a precise target.

The coalition’s count of civilians killed in the strikes is 173. Critics, however, say the real figure is far higher.

London-based collective of journalists and researchers, Airwars,say the number of likely civilian deaths from coalition strikes is 1,957 at a bare minimum, AFP reported.

The military official said the coalition had diminished IS’s ranks to such a level that simultaneous attacks being waged on Mosul in Iraq and Raqqa in Syria have been possible.

Coalition spokesman Colonel John Dorrian had earlier said that in Mosul, IS was turning to adolescent fighters as its hardcore warriors got wiped out.

"As this effort goes on with each passing day, Daesh(IS) has fewer fighters and fewer resources at their disposal," Dorrian said in a videocall, AFP reported.

He also said that  jihadists seem to have run out of armoured suicide car bombs, and estimated "many hundreds" of fighters had been killed in Mosul.

"It doesn’t mean that it’s not still an extraordinarily dangerous situation. They are not going to go quietly, but they are going to go."