At least 5 dead, 40 injured after SUV runs over crowd at a parade in Wisconsin; suspect taken into custody 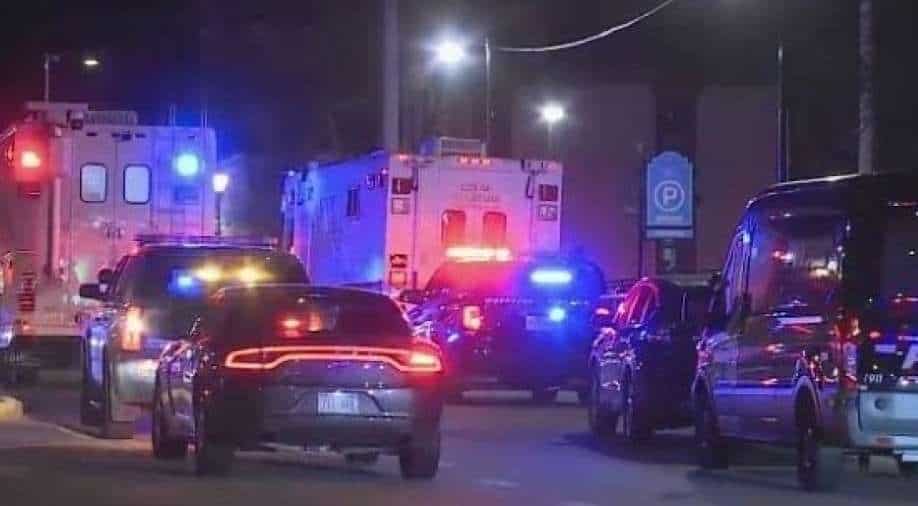 SUV runs over people at a Christmas parade in Wisconsin Photograph:( Twitter )

The incident took place at around 4:39 pm, when an SUV went through a barricade at Gasper Avenue and Main Street and then drove into the crowd that gathered for the parade

Multiple people were taken to the hospital after an SUV ran over a crowd at a Christmas parade in Waukesha, Wisconsin, killing 5 people and injuring nearly 40 people. A number of deaths from the incident are not yet clear as the officials are still investigating.

The incident took place at around 4:39 pm, when an SUV went through a barricade at Gasper Avenue and Main Street and then drove into the crowd that gathered for the parade.

Police Chief Dan Thompson while speaking to reporters said, "A red SUV drove into our Christmas parade that we were holding downtown. More than 20 individuals were injured, as a result of this incident."

Moment the vehicle entered the crowd at the Christmas parade in Waukesha Wisconsin. pic.twitter.com/aOx2165XYm

Aftermath of #waukeshaChristmasParade. More than 20 Injured After SUV Drives thru parade in #Waukesha Wisconsin pic.twitter.com/ihfh9P9rPE

"The Waukesha Police Department has recovered a suspect vehicle. It's an ongoing investigation," he added. The suspect has been taken into custody.

The event was being live-streamed on Facebook, and a small part of the video showed a red SUV driving through the parade at a high rate of speed.

Angelito Tenorio, who is running for Wisconsin state treasurer, was at the parade. He told the Milwaukee Journal Sentinel that he "saw an SUV cross over, just put the pedal to the metal and just zooming full speed along the parade route."

"And then we heard a loud bang, and just deafening cries and screams from people who are struck by the vehicle," he added.

Wisconsin Governor Tony Evers said he and his wife were "praying for Waukesha tonight and all the kids, families, and community members affected by this senseless act."

"We are in contact with local partners as we await more information," he added.