At least 150 people feared dead in shipwreck off Libya: UNHCR 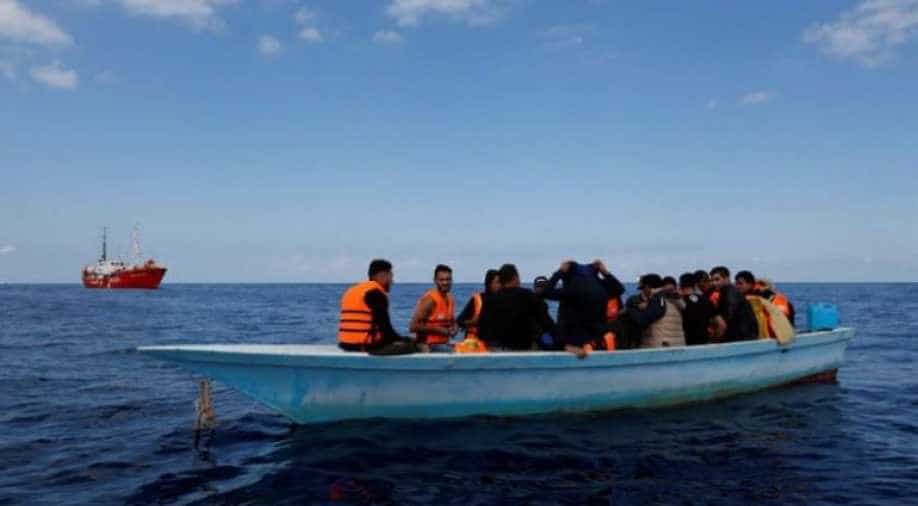 UNHCR and other UN agencies have repeatedly called for survivors not to be returned to Libya, a conflict zone where rescued migrants and refugees are routinely jailed in inhumane conditions.

Up to 150 people are feared to have died in a shipwreck off the coast of Libya, while another 150 were rescued and are being returned to Libya, a spokesman for the UN refugee agency UNHCR said on Thursday.

Libya is a hub for migrants, many of whom try to reach Europe in unseaworthy boats.

The latest shipwreck takes the death toll of Mediterranean migrants to over 600 this year, putting 2019 on track to be the sixth year in a row with more than 1,000 deaths, UNHCR spokesman Charlie Yaxley said.

UNHCR and other UN agencies have repeatedly called for survivors not to be returned to Libya, a conflict zone where rescued migrants and refugees are routinely jailed in inhumane conditions.

"We understand that around 300 people left Libya from Al Khoms and came into trouble off the coast of Libya. They were initially rescued, some of them by local fishermen, who were then joined by the Libyan coastguard," UNHCR spokesman Charlie Yaxley said.

"Together, they were able to save around 150 people, but from what we understand, another 150 people have tragically lost their lives at sea," he added.

The ship left Libya from Al Khoms, a town 120 km east of Tripoli. There were around 300 people traveling, according to the first available accounts from survivors, but it was unclear if one or two vessels were involved.

The survivors were picked up by local fishermen and then returned to the coast by Libyan coastguard, Yaxley said.

If confirmed, the number of dead would be the highest for a shipwreck in the Mediterranean this year.

"We need more rescue boats on the Mediterranean to prevent lives from being lost," the UNHCR spokesman asserted.