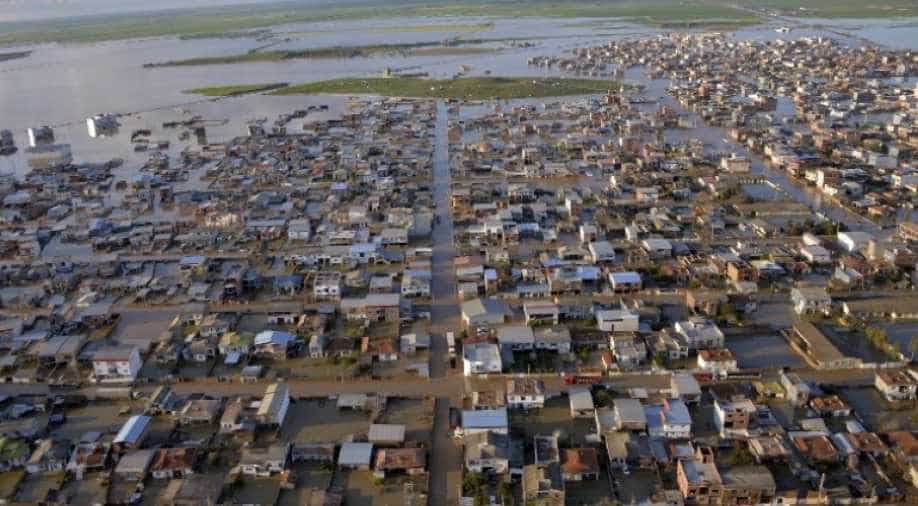 Iran has been facing unprecedented floods in 25 of its 31 provinces, the country's Crisis Management Organisation said.

At least 12 people were killed and 68 injured in floods that have swept across most Iranian provinces, the country's emergency services said Monday.

National Emergency Service chief Pir Hossein Koolivand told state television the initial casualty toll in the southern city of Shiraz was 11 dead and 68 wounded, while another person was killed in Sarpol-e Zahab in the western province of Kermanshah.

Iran has been facing unprecedented floods in 25 of its 31 provinces, the country's Crisis Management Organisation said.

The latest floods have struck mostly west and southwest Iran and follow major flooding on March 19 in the northeast's Golestan and Mazandaran provinces, for which no official casualty toll has been issued.

Emergency services have been hampered by Iranian New Year holidays, with many employees on vacation.

The Crises Management Organisation and the health ministry, in charge of hospitals, have cancelled all leave and been placed on full alert, while provincial chiefs have been ordered to remain at their posts.

Iran's meteorological service has warned that the rains will carry on into Wednesday.