At least 10 killed, hundreds injured in massive blast in Beirut 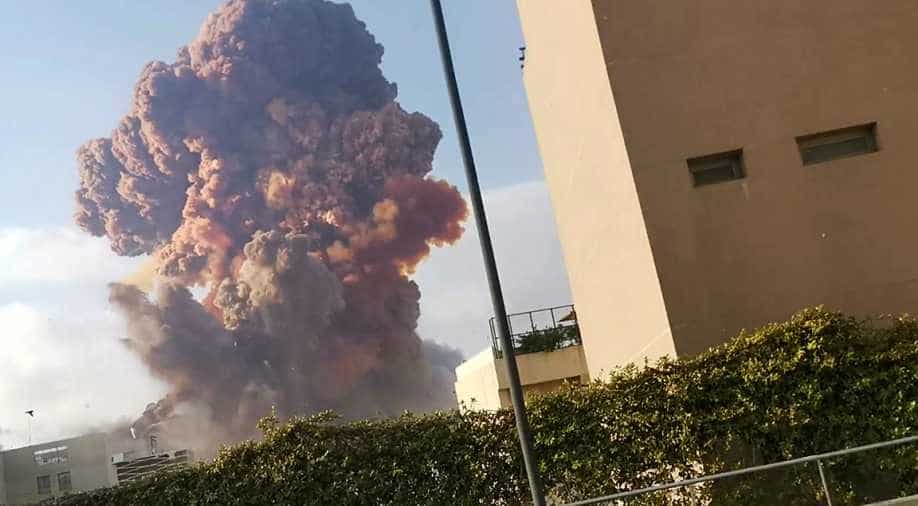 Injured people were walking in the street, while outside the Clemenceau Medical Centre, dozens of wounded people, many covered in blood, were rushing to be admitted to the centre including children.

A huge explosion near the centre of Beirut killed at least 10 people, injured hundreds and sent shockwaves across the Lebanese capital, shattering windows and causing apartment balconies to collapse, witnesses and security sources said.

The most powerful explosion to hit Beirut in years shook the ground, leaving some residents thinking an earthquake had struck. Dazed and weeping, some of them wounded, people walked through streets checking to see if relatives were hurt.

A reporter present at the scene said every shop in the Hamra commercial district had sustained damage, with entire shopfronts destroyed, windows shattered and many cars wrecked.

Here's a video of the Beirut explosion from a long distance away. It shifted the clouds. Turn your sound on and wait for the shockwave to hit. pic.twitter.com/N96583ucrR

Injured people were walking in the street, while outside the Clemenceau Medical Centre, dozens of wounded people, many covered in blood, were rushing to be admitted to the centre including children.

Destroyed cars had been abandoned in the street with their airbags inflated.

A huge cloud of black smoke was engulfing the entire port area, according to report.

The explosions came at a time when Lebanon is suffering its worst economic crisis in decades, which has left nearly half of the population in poverty.

Lebanon's economy has collapsed in recent months, with the local currency plummeting against the dollar, businesses closing en masse and poverty soaring at the same alarming rate as unemployment.

My brother sent me this, we live 10 KM away from the explosion site and the glass of our bldgs got shattered. #Lebanon pic.twitter.com/MPByBc673m

The explosions also come as Lebanon awaits the verdict on Friday on the 2005 murder of former Lebanese premier Rafic Hariri, killed in a huge truck bomb attack.

Four alleged members of the Shiite Muslim fundamentalist group Hezbollah are on trial in absentia at the court in the Netherlands over the huge Beirut suicide bombing that killed Sunni billionaire Hariri and 21 other people.

A woman in the city centre told AFP: "It felt like an earthquake ... I felt it was bigger than the explosion in the assassination of Rafic Hariri in 2005".

Tensions have also been high with neighbouring Israel, after Israel said it thwarted an infiltration attempt by up to five Hezbollah gunmen, a claim denied by the Iran-backed group.