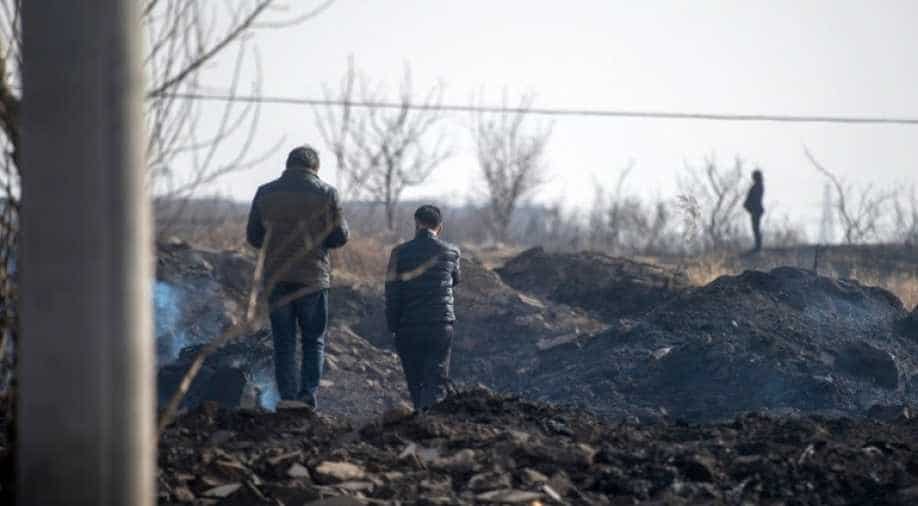 A picture of an explosion near a chemical factory in Zhangjiakou, some 200 km northwest of Beijing on November 28, 2018 . Photograph:( AFP )

While chemicals enhance human well-being in many ways, notably in health, nutrition and food security, the side effects of their use aggravate climate change and help drive the loss of biodiversity, a report said.

United Nations experts said in Kenya on Monday that the use of chemicals in industry and agriculture has doubled in recent years, generating annual profits of $5 trillion along with negative impacts on the environment and human health that are concentrated in Asia and Africa.

The first day of the UN Environment Assembly in Nairobi was devoted to a presentation of findings from Global Chemicals Outlook II - From Legacies to Innovative Solutions.

One key conclusion of the report was that efforts to reduce the harmful effects of chemicals could become a $10 billion-a-year business in its own right.

"Whether the growth in chemicals becomes a net positive or a net negative for humanity depends on how we manage the chemicals challenge," UN Environment acting Executive Director Joyce Msuya said. "What is clear is that we must do much more, together."

While chemicals enhance human well-being in many ways, notably in health, nutrition and food security, the side effects of their use aggravate climate change and help drive the loss of biodiversity, according to the report.

The use of chemicals has doubled despite policies aimed at reducing their role in industrial processes, the UN's Achi Halpaap said.

And the presence of chemical residues in the environment has increased correspondingly, he said.

The increases have been most dramatic in Africa, which is the source of coltan and other raw materials used in electronic devices; and in Asia, due to Chinese manufacturing, according to Halpaap.

Illicit trafficking in chemicals is also boosting their presence in the environment worldwide, he said.

Fernando Lugris, a Uruguayan diplomat who took part in the negotiations leading that produced the 2013 Minamata Convention on Mercury, called the Global Chemicals Outlook II "historic" for the light it shed upon unnoticed realities.

The report cites data from the European Environmental Agency showing that 345 million tons of chemicals were utilised in 2016 in the 28 European Union member-states, 62 per cent of them toxic.

The World Health Organisation said that 1.6 million people died in 2016 as a result of the use of toxic chemicals, above all in the agricultural sector.