ASEAN leaders told to get serious on Rohingya issue 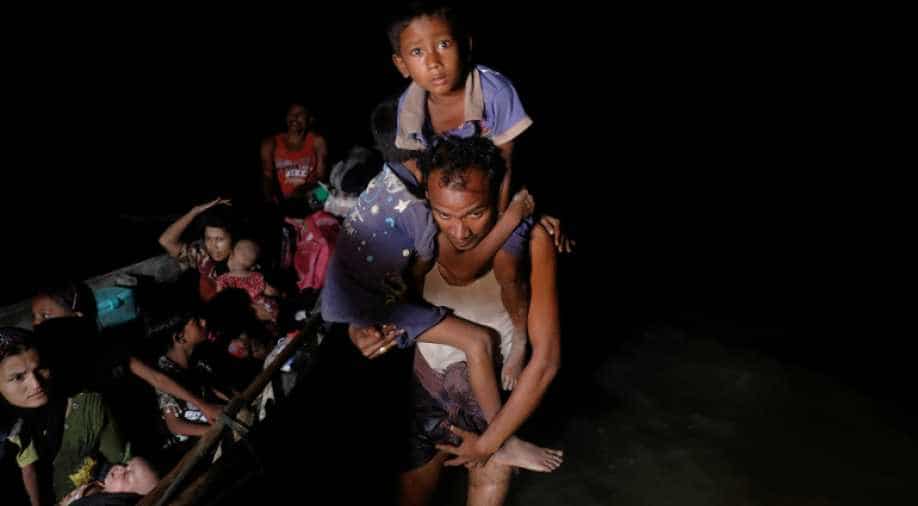 A repatriation deal with Bangladesh has stalled, with virtually no Rohingya choosing to return to Myanmar due to security fears and the government's refusal to grant them citizenship or basic rights.

Southeast Asian leaders must use an upcoming summit to hold unvarnished talks on Myanmar's treatment of the Rohingya, rights groups urged Wednesday after a report by the bloc was pilloried for whitewashing the persecution of the Muslim minority.

The report, commissioned by ASEAN and leaked to AFP earlier this month, gives a glowing assessment of Myanmar's repatriation efforts so far for Rohingya driven into neighbouring Bangladesh.

Myanmar's military launched a brutal crackdown on the Rohingya in August 2017, causing some 740,000 to flood into Bangladesh with widespread accounts of rape, mass killings and the razing of their villages.

A repatriation deal with Bangladesh has stalled, with virtually no Rohingya choosing to return to Myanmar due to security fears and the government's refusal to grant them citizenship or basic rights.

In spite of this, the report from ASEAN's "Emergency Response and Assessment Team" predicted voluntary returns would be complete in two years.

It also refused to use the word "Rohingya", an identity denied to them inside Myanmar where they are instead labelled "Bengalis", shorthand for illegal immigrants.

ASEAN leaders meeting in Bangkok this weekend must "drastically rethink" their response to the crisis, according to Brad Adams of Human Rights Watch.

"It's preposterous for ASEAN leaders to be discussing the repatriation of a traumatized population into the hands of the security forces who killed them." Malaysia has led condemnation of Myanmar's treatment of the Rohingya in the past.

An Indonesian MP called for the regional bloc to "cease lending legitimacy to the repatriation process".

"ASEAN needs to stop turning a blind eye to Myanmar's atrocities against the Rohingya," said Eva Sundari, who also serves as a board member of ASEAN Parliamentarians for Human Rights.

They "won't be returning home voluntarily until the situation on the ground in Rakhine state dramatically alters".

UN investigators have called for Myanmar's top generals to be prosecuted for genocide for the 2017 crackdown. The enduring crisis has spread to the region.

Some of the 400,000 Rohingya remaining in Myanmar's Rakhine state have attempted to flee their camps to Muslim-majority ASEAN nations Malaysia and Indonesia.

In recent months authorities in Myanmar and Thailand have stopped boats illegally carrying Rohingya, raising fears of a re-emergence of a trafficking route for the desperate stateless group.