As Trump leaves the White House, his imprint on the judiciary deepens 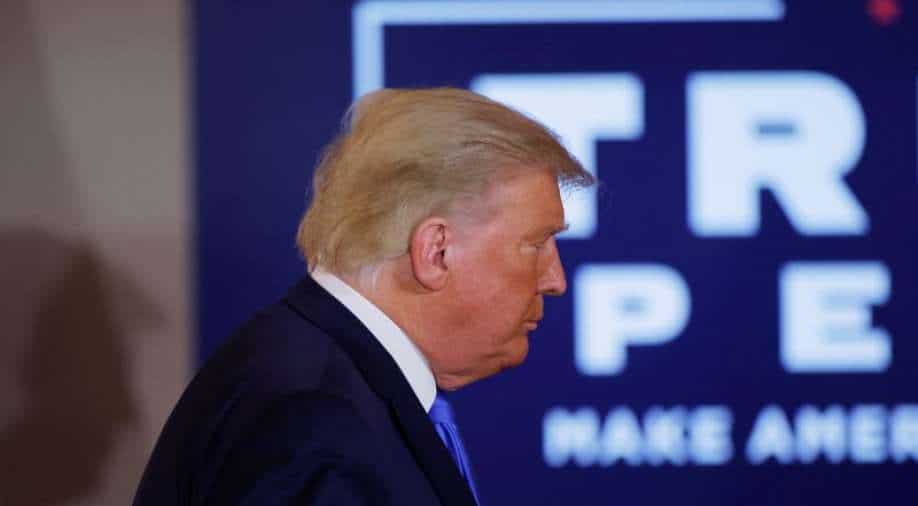 Much attention in recent months has focused on the Supreme Court and its newly appointed justice, Amy Coney Barrett. But an analysis of decisions by the country’s appellate bench — where nearly all contested federal litigation ends — shows the transformation of the judiciary under Trump

As Democrats look to the incoming Biden administration to reverse much of President Donald Trump’s work, the conservative imprint he has left on the federal courts is only deepening.

Much attention in recent months has focused on the Supreme Court and its newly appointed justice, Amy Coney Barrett. But an analysis of decisions by the country’s appellate bench — where nearly all contested federal litigation ends — shows the transformation of the judiciary under Trump.

Early this year, The New York Times reviewed more than 10,000 published decisions and dissents during the first three years of the Trump administration. It found that the president’s picks for the appeals courts were more likely than past Republican appointees to disagree with peers selected by Democrats and more likely to agree with their Republican colleagues, suggesting they were more consistently conservative.

An updated analysis of more than 1,700 opinions published over the first six months of the year shows that the trend has intensified as the judges have established a larger body of work.

“It’s more polarized,” said Joshua Fischman, a law professor at the University of Virginia. “We’ve seen a huge conservative shift. A lot of these judges are very young, and they’ll be there for a long time.”

Trump has named 53 of the 165 judges on the nation’s regional appeals courts, lifetime appointments that will have a vast and enduring effect. Most cases on the courts are decided unanimously by three-person panels, and dissent is relatively rare. But as a group, his selections were nearly four times as likely to clash with colleagues appointed by Democratic presidents as those appointed by Republicans. Judges nominated by Presidents Ronald Reagan, George H.W. Bush and George W. Bush showed the same tendency, but to half the extent.

The judges who exhibited the pattern included some who had been under consideration for the Supreme Court and some who had deep political connections on Capitol Hill. One had done legal work for Trump’s 2016 campaign and later, as acting head of the Justice Department’s civil division, was in charge of defending high-profile presidential policies that came under attack in the courts.

Yet while Trump has made clear that he expects loyalty from his judicial appointees, they have ruled against him in lawsuits that his campaign brought regarding the 2020 election. Most notably, Barrett last week joined her fellow justices in denying an effort by Texas to overturn the Biden victory in four battleground states.

At the appeals level, Judge Stephanos Bibas of the 3rd Circuit, nominated in 2017, wrote a blistering decision last month rejecting the Trump campaign’s election challenge in Pennsylvania. And Judge Andrew L. Brasher of the 11th Circuit, appointed this year, wrote an opinion this month rebuffing the campaign’s effort to bypass the lower federal court and decertify Georgia’s election results.

Fischman said that to rule differently would have been to flout the law. “It’s completely against judicial culture,” he said. “They just could not be taken seriously as judges if they sided with Trump here.”

Bibas and Brasher serve on courts that Trump has flipped toward conservative majorities. While Bibas was not among the most disputatious of the appointees, according to the analysis, he dissented in a significant gun-rights case in which two Democratic appointees upheld New Jersey’s limit on large-capacity magazines.

“We must treat the right to keep and bear arms like other enumerated rights,” he wrote. “We may not water it down and balance it away based on our own sense of wise policy.”

Barrett — who until October served in Indiana on the 7th Circuit, where there is a particular culture of agreement — also followed the pattern, striking out against Democratic-named colleagues over 7% of the time and against Republican appointees 2.5% of the time, the analysis showed.

In one such case, she disagreed that a man who had admitted to killing his wife was denied the right to a lawyer when a judge questioned him. (Her position later held sway when the case was considered by a full slate of 7th Circuit judges.)

On the District of Columbia Circuit, Judge Neomi Rao, confirmed to the bench just last year, has already made waves. Of four cases with published opinions that she participated in alongside two Democratic appointees, she dissented three times, the analysis showed. In June, she wrote the majority opinion ordering a lower-court judge to dismiss the case against Michael Flynn, Trump’s former national security adviser.

In a case decided in May, Judge Joel M. Carson III of the 10th Circuit dissented as his Democratic-appointed peers ruled against a challenge to the Trump administration’s ban on bump stocks, the attachments that allow semi-automatic rifles to fire in sustained bursts. That case is now under consideration by the full circuit.

And this month, Judge Lawrence J.C. VanDyke broke from his colleagues on the 9th Circuit, objecting as they ruled against the Trump administration and called an immigration policy favoring wealthy immigrants for green cards “arbitrary and capricious.” VanDyke was among the handful of Trump nominees at the appellate level whose qualifications were questioned by the American Bar Association.

Not all the judges fit the pattern: Many serve on courts with a majority of Republican appointees, and some belong to circuits with a stronger culture of consensus. But The Times found that Trump appointees were more likely to be involved in a case featuring dissent even when those factors were accounted for.

The analysis examined how often and with whom the judges agreed but not the ideological content of their opinions. Though the cases sometimes touched on big policy debates — abortion, gun rights, policing — they more often concerned matters like employment disputes and criminal and immigration court appeals.

The Trump administration’s work in swiftly filling vacant judgeships has depended heavily on Republicans in the Senate, particularly Mitch McConnell, the majority leader. He has encouraged eligible federal judges to retire to create more openings and has led a confirmation process in which Republicans shunned compromise and sought unbending conservatives and reliable political allies to populate the bench.

As of this month, if pending nominations are taken into account, President-elect Joe Biden stands to inherit fewer than 25 openings across the federal judiciary, compared with the more than 100 that carried over to Trump from Barack Obama's administration.

Democratic senators on the Judiciary Committee have appealed to Lindsey Graham, its Republican chairman through the end of the year, asking him not to proceed with any more nominations before Biden is sworn in.

But even with a Democrat in the White House, the Republicans will be in a position to continue their push for conservative appointees, or at least block liberal ones, unless Democrats gain control of the Senate by winning both seats in next month’s special election in Georgia.

“A lot of what we’ve done over the last four years will be undone sooner or later by the next election,” McConnell said in October as Barrett was confirmed. “They won’t be able to do much about this for a long time to come.”