As the wild forests burn across the world, firefighters fight occupational hazards on a daily basis 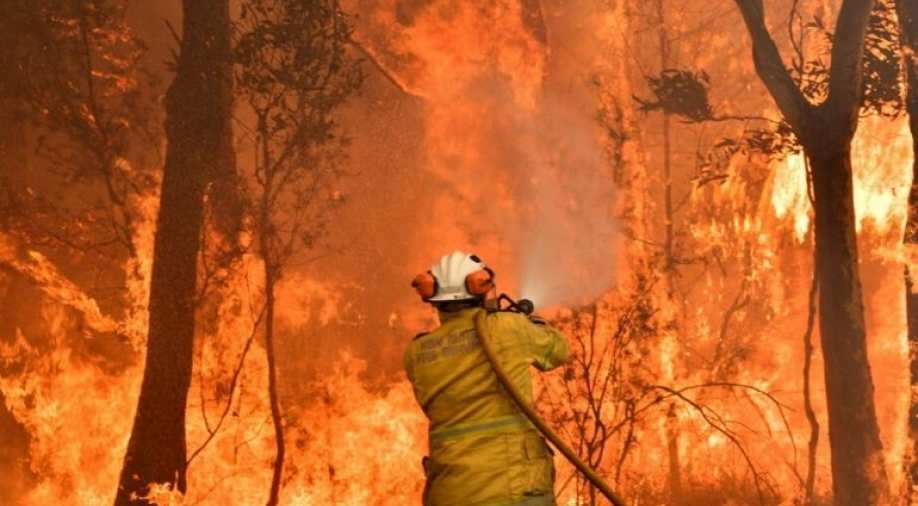 The smoke is inevitable and not much can be done about it. However, Firefighters face occupational hazards on a daily basis. Now, new research shows they face additional risk just by gearing up.

“It is the cause, not the death, that makes the martyr”- Napoleon Bonaparte

Wise words that have been defining heroes since ever, but what if the hero gives his life to his cause with utmost selflessness and is forced to live a miserable and an incomplete life thereafter?

The world has been witnessing a series of dreadful wildfires this year in Australia, Brazil, Indonesia and the United States of America bringing irreparable damage to life and property as some of these forests may never recover. In addition to contributing to climate change, forest fires present a more immediate and very grave threat to public health. Every year, the smoke that rises from burning landscapes causes increased heart and lung diseases – health conditions that increase the risk of severe illness or death from Covid-19 – as well as thousands of premature deaths among people exposed to the haze. Research from National Institute for Occupational Safety and Health (NIOSH) published in 2013 shows that firefighters are diagnosed with and die from cancer at higher rates than the general population. It confirmed earlier research finding elevated risk for the profession for certain cancers.

Firefighters at an exposed risk of cancer

Who could be more exposed to this haze than the people fighting the fires? All firefighters put their own lives at risk to save others in their communities. In addition to the danger of putting out fires, firefighters are at an increased risk for different types of cancer due to the smoke and hazardous chemicals they are exposed to in the line of duty. There have been multiple studies that show this increased risk for cancer.

So, what causes this risk for cancer in them specifically?

Modern homes and buildings contain many synthetic and plastic materials which create more smoke when burning than natural materials. When materials burn, they release a number of carcinogens (cancer-causing agents) including polycyclic aromatic hydrocarbons (PAHs), a group of more than 100 chemicals. Exposure to some PAHs can cause cancer. Firefighters may also encounter other known carcinogens such as asbestos and diesel exhaust. These carcinogens can be inhaled or absorbed through the skin. Wearing the proper personal protective equipment (PPE), including self-contained breathing apparatuses (SCBA), offers protection and lessens exposure. However, toxic chemicals can still penetrate the turnout gear and expose the skin to toxins.

Earlier this year in March, a study extensively on women firefighters reported that female firefighters in San Francisco have higher concentrations of certain cancer-linked chemicals in their blood than women in other occupations, according to the first study to investigate how women in the profession are exposed to chemicals in the line of duty. When the San Francisco Fire Department suffered a shocking spate of breast cancers in 2012, it prompted a collaborative effort to investigate the exposure among women to hazardous chemicals, specifically PFAs.

The smoke is inevitable and not much can be done about it. However, Firefighters face occupational hazards on a daily basis. Now, new research shows they face additional risk just by gearing up. Fabric used for firefighter turnout gear tested positive for the presence of polyfluorinated alkyl substances (PFAS), according to the study published in Environmental Science and Technology Letters, led by Graham Peaslee, professor of physics at the University of Notre Dame. PFAS are known as “forever chemicals” because once released into the environment they do not break down, and they build up in our blood and organs. Exposure to PFAS increases the risk of cancer.

Peaslee’s team tested more than 30 samples of used and unused personal protective equipment (PPE) from six specialty textile manufacturers in the United States and found them to be treated extensively with PFAS or constructed with fluoropolymers, a type of PFAS used to make textiles oil and water resistant. Firefighter’s PPE or “turnout gear” is comprised of three layers — a thermal layer, worn closest to the skin, covered by a moisture barrier designed for water resistance and the outer shell. Peaslee and his team found high concentrations of fluorine on the moisture barrier and outer shell. Some of these chemicals have the ability to migrate off treated surfaces and materials, meaning the PFAS in the moisture barrier and outer shell PPE could potentially contaminate the thermal layer and come in direct contact with skin.

“If they touch the gear, it gets on their hands, and if they go fight a fire and they put the gear on and take it off and then go eat and don’t wash hands, it could transfer hand to mouth,” said Peaslee. “And if you’re sweating and you have sweat pores, could some of these chemicals come off on the thermal layer and get into the skin? The answer is probably.” Peaslee’s study is the first to identify this potential source of PFAS exposure in firefighting PPE and argues that more studies are needed.