As bodies wash up, UN says 27,000 Rohingya have fled Myanmar 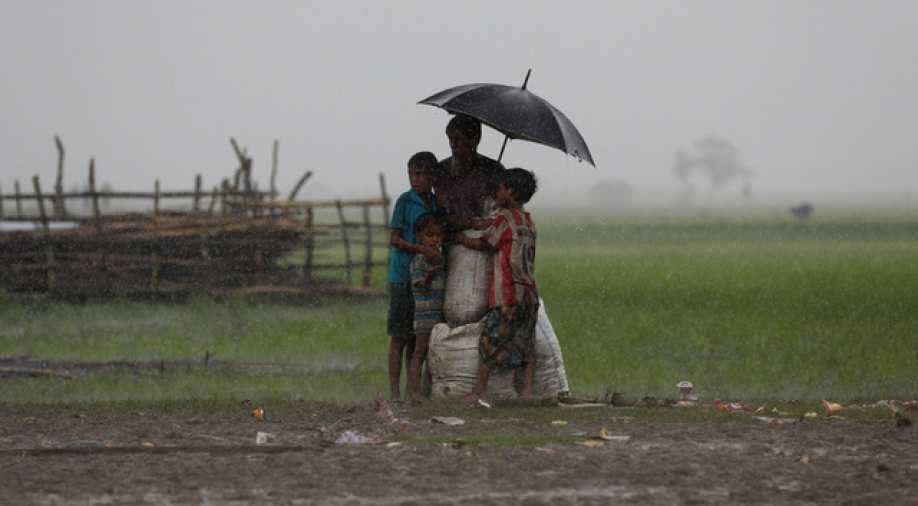 A further 20,000 Rohingya have massed along the Bangladeshi frontier, the UN added in a statement late?Thursday, but are barred from entry as they run from burning villages and Myanmar army operations. Photograph:(Reuters)
Follow Us

More than 27,000 Rohingya Muslims have fled violence in Myanmar in recent days, the United Nations has said, as corpses of people drowned in desperate attempts to cross the border river washed up on Bangladeshi soil Friday.

A further 20,000 Rohingya have massed along the Bangladeshi frontier, the UN added in a statement late Thursday, but are barred from entry as they run from burning villages and Myanmar army operations.

Rumours of massacres and the systematic torching of villages by security forces, as well as by militants, have further amplified tensions, raising fears that communal violence is spinning out of control.

Sixteen bodies washed ashore on the Bangladeshi side of a river on Friday, a border official said, lifting the grim toll over the last two days from apparent boat capsizes to 39

Desperate to reach Bangladesh, thousands of Rohingya have taken to makeshift boats, some constructed from flotsam, in an effort to cross the Naf River which separates the two countries.

Sixteen bodies washed ashore on the Bangladeshi side of a river on Friday, a border official said, lifting the grim toll over the last two days from apparent boat capsizes to 39.

"They had been floating in the river for a while," according to Mainuddin Khan, police chief of the border town of Teknaf, adding the dead included a young girl.

Myanmar security forces have launched "clearance" operations to sweep out insurgents whose ranks appear to be swelling as male Rohingya villagers pick up sticks and knives and join their cause.

Thousands of ethnic Rakhine Buddhists, Hindus and other local ethnic groups have also been displaced, the apparent targets of militants who are fighting under the banner of the Arakan Rohingya Salvation Army (ARSA).

An AFP reporter on a government-led trip to Maungdaw, this week saw columns of smoke rising from several burning villages, while terrified civilians huddled in schools in the main town.

International pressure is mounting on Myanmar and its de facto leader Aung San Suu Kyi, who is a Nobel Peace Prize winner.

"The worsening cycle of violence is of grave concern and must be broken urgently," she added.

Rakhine State has been the crucible of religious violence since 2012 when riots erupted killing scores of Rohingya and forcing tens of thousands into of people, the majority from the Muslim minority, into displacement camps.

The ARSA emerged as a force in October last year when attacks killed Myanmar border police, prompting a crackdown by security forces that killed scores and forced 87,000 people to flee to Bangladesh.

The Rohingya are reviled in Myanmar, where the roughly one million-strong community are accused of being illegal immigrants from Bangladesh.

Most are denied citizenship, while their freedom to move and work is severely controlled.

Those who make it to Bangladesh are met by extreme poverty.

The country already hosts 400,000 Rohingya and does not want more.