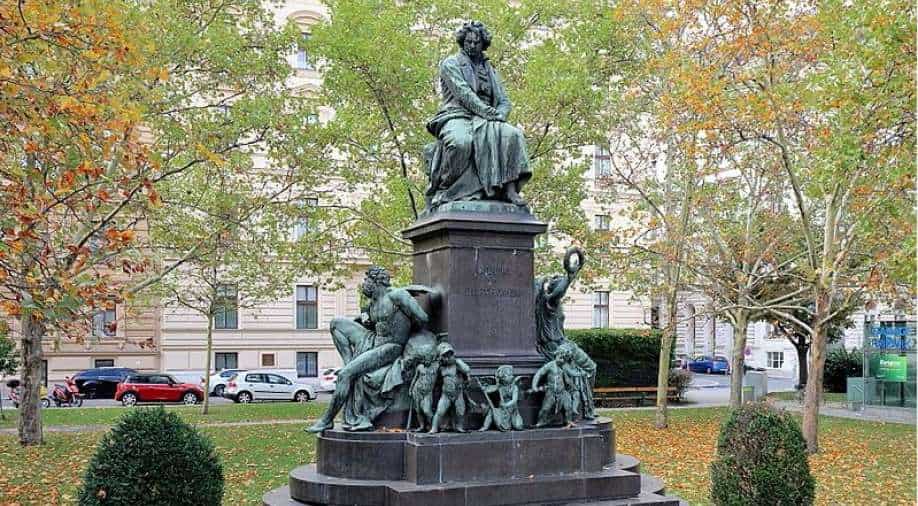 A statue of Beethoven (Image courtesy: Wikipedia) Photograph:( Others )

Beethoven is still regarded as one of the most acclaimed composers in Western music history.His compositions are among the most frequently played in the classical music repertoire, spanning the transition from the Classical to the Romantic periods.

Next month, 194 years after the composer's death, the work will be performed for the first time in Germany.

In the latter years of his life, Beethoven began work on what would have been his tenth symphony.

However, due to ill health, he was only able to complete a few musical sketches before dying in 1827 at the age of 56.

"These fragments have now been turned into a complete piece of music using artificial intelligence technology," said the Classic FM website.

Professor Ahmed Elgammal, the project's chief computer scientist, detailed how his team at Rutgers University's Playform AI "learned a machine both Beethoven's complete body of music and his creative process."

They then used that technique on the first few bars of Beethoven's last symphony "to construct something that Beethoven himself may have composed," Elgammal stated in a Conversation piece.

Walter Werzowa, an Austrian composer, was also engaged to create a new type of composition that would combine what Beethoven left behind with AI-generated material.

Beethoven's sketches were transcribed and his complete body of work was analysed by a computational music expert to guarantee the AI was properly taught.

A musicologist also assisted in deciphering and trancribing Beethoven's symphony draughts in order to better comprehend his ideas.

German musician Beethoven is still regarded as one of the most acclaimed composers in Western music history.

His compositions are among the most frequently played in the classical music repertoire, spanning the transition from the Classical to the Romantic periods.