US committed to Paris agreement despite 'meshugge' Trump walking away: Arnold 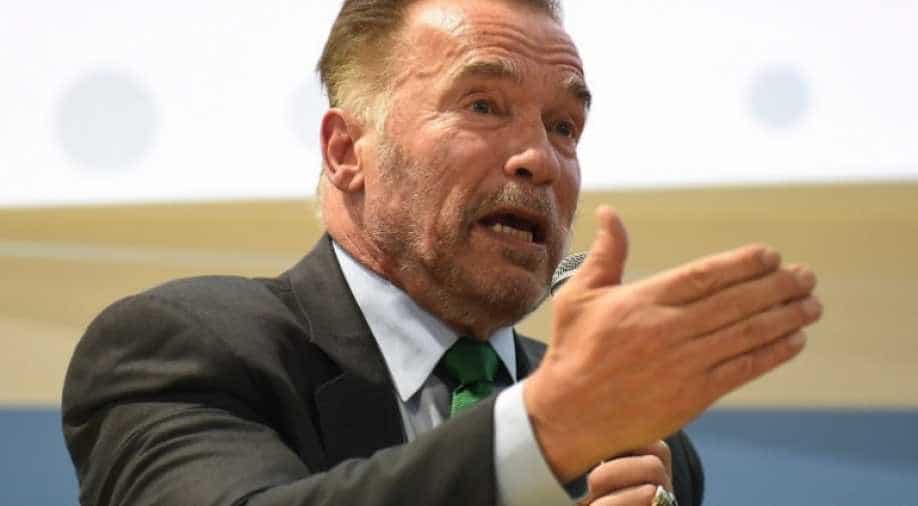 US actor, filmmaker and former governor of California Arnold Schwarzenegger delivers a speech during the COP24 summit on climate change in Katowice, Poland. Photograph:( AFP )

The actor and former California governor Arnold Schwarzenegger said the United States is committed to the Paris Climate Agreement to curb global warming despite US president Donald Trump's decision to walk away from the agreement.

Addressing delegates gathered for United Nations climate talks in Poland, Schwarzenegger urged global leaders to involve local governors who are still committed to tackling climate change and its impact in future talks. He also called Trump "meshugge" in his address.

"Because if you look a little bit beyond Washington you will see that it is the states and the cities, its local governments that control seventy per cent of our emissions. And you will see all the extraordinary work that is going on at a state and city level in America. So, the states and the cities are still in. In the Paris Agreement, our financial institutions are in, our academic institutions are still in, the governors and the mayors are still in. The United States is still in. And we're doing an extraordinary job there at staying in. Yes we have a meshugge leader in Washington, that is not in, that is out. But remember, America is more than just Washington and one leader," he added.

President Trump announced his decision to withdraw from the Paris deal in 2017, saying the accord would have cost America trillions of dollars, killed jobs, and hindered the oil, gas, coal and manufacturing industries.

But he also, at the time, said he would be open to renegotiating the deal, which was agreed by nearly 200 nations over the course of years - drawing ridicule from world and business leaders who said that would be impossible.

The earliest date for the United States to completely withdraw from the agreement is November 4, 2020, around the time of the next U.S. presidential election.