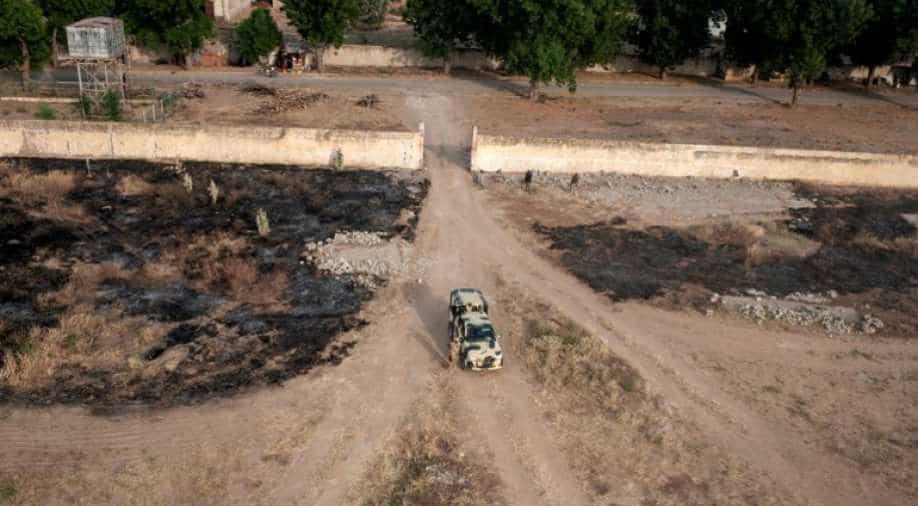 The Nigerian army has defeated Boko Haram in the Sambisa forest, one of the jihadists' last remaining strongholds. Photograph:( AFP )

Nigerian President Muhammadu Buhari on Saturday claimed the military had routed Boko Haram in a key northeastern stronghold, a year after saying the Islamist militants had been "technically" defeated.

A campaign lasting for months in the 1,300 square-kilometre (500 square-mile) forest in northeastern Borno state led to the "final crushing of Boko Haram terrorists in their last enclave in Sambisa Forest" on Thursday, Buhari said in a statement.

The government in Abuja and the military have frequently claimed victories against the Islamic State group affiliate but access to the epicentre of the conflict in Borno state is strictly controlled.

That has made independent verification of official statements about victories virtually impossible. Attacks have meanwhile continued, making claims of defeating Boko Haram questionable despite undoubted progress in pushing back the group.

"The terrorists are on the run, and no longer have a place to hide. I urge you to maintain the tempo by pursuing them and bringing them to justice," Buhari said.

The announcement came after Nigeria launched a barrage of land and air assaults in Borno state at the heart of the insurgency that has spread to three neighbouring countries -- Chad, Cameroon and Niger.

While the counter-insurgency has clawed back some territory, Boko Haram has responded by stepping up guerrilla tactics, ambushing troops when it can and terrorising civilians when it cannot.

Buhari's statement made no mention of the whereabouts of Abubakar Shekau, the leader of the Boko Haram faction based in the forest.

Boko Haram, which last year pledged allegiance to IS, has been in the grips of a power struggle since late last year.

Shekau led Boko Haram for several years, until the IS command said in August that he had been replaced as leader by Abu Musab al-Barnawi, the 22-year-old son of the group's founder Mohammed Yusuf.

Shekau says he is still in charge, however, as rival factions vie for control.

On Wednesday, a military commander said Nigerian troops had rescued 1,880 civilians from a Boko Haram redoubt in the restive northeast over the past week and arrested hundreds of insurgents.

Buhari also said Saturday that "further efforts should be intensified to locate and free our remaining Chibok girls still in captivity", referring to more than 200 schoolgirls kidnapped in April 2014. To date only a few of them have been freed.

The army's claim of recapturing Sambisa Forest brought a rare glimmer of hope for millions of people caught up in the devastating conflict.

But Buhari has been keen to announce any positive news, with his government increasingly under fire for its handling of the economy, which is officially in recession.

The humanitarian fallout from the conflict is also huge and aid agencies say it is too big for the country to handle on its own, heaping pressure on already overstretched resources.

Buhari has previously claimed that Boko Haram had already been "technically defeated".

His government has however struggled to stop attacks on soft targets such as markets, including the use of women and child suicide bombers.

At least 20,000 people have been killed since the insurgency erupted in 2009. The fighting has also displaced some 2.6 million people, sparking a humanitarian crisis in the region.

The United Nations said earlier this month a billion dollars are needed to help victims of Boko Haram and called the conflict "the largest crisis in Africa."

It estimates that 14 million people will need outside help in 2017, particularly in Borno state, where villagers under siege have typically been forced to abandon their crops.

"A projected 5.1 million people will face serious food shortages as the conflict and risk of unexploded improvised devices prevented farmers planting for a third year in a row, causing a major food crisis," the UN said on December 2.

People freed from Boko Haram's grip by the army have generally been taken to camps where basic supplies are also scarce.

The Nigerian presidency has since accused aid groups of exaggerating the food crisis.