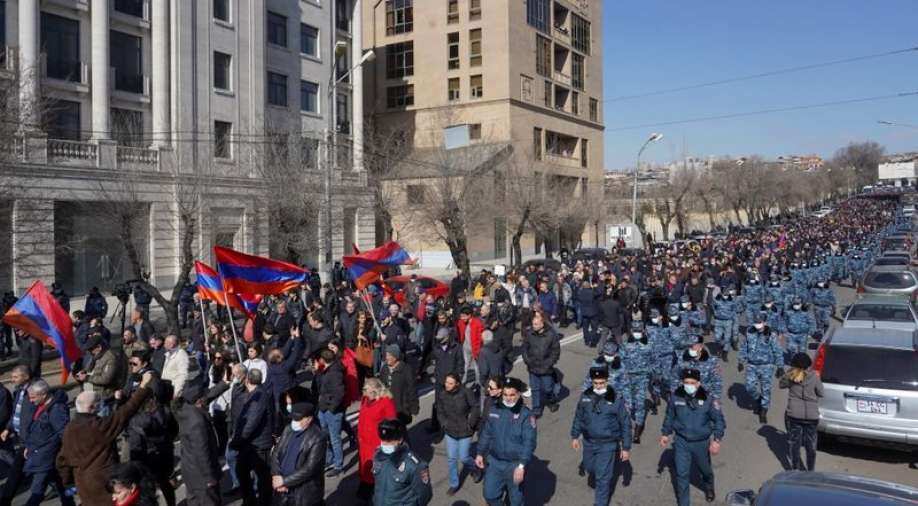 Armenian Prime Minister Nikol Pashinyan accused the military of a coup attempt on Thursday and tried to sack the chief of staff, after the army issued a written statement calling for him to resign.

"The president of the republic, within the framework of his constitutional powers, returned the draft decree with objections," the presidency said in a statement on Saturday, adding that the crisis "cannot be resolved through frequent personnel changes".

Armenian Prime Minister Nikol Pashinyan accused the military of a coup attempt on Thursday and tried to sack the chief of staff, after the army issued a written statement calling for him to resign.

On Friday, hundreds of demonstrators rallied in the capital Yerevan to demand his downfall, and a leading opposition figure called on the army to rebel against him. Two former presidents have already said he must step down. He has faced calls to quit since November from countrymen who blame him for a disastrous six-week war that saw ethnic Armenian forces lose swathes of territory in neighbouring Azerbaijan they had held for decades.

Pashinyan told his supporters on Thursday he was firing Onik Gasparyan, the chief of the army's general staff. But by Friday the dismissal had not yet been approved by the president, a step needed for it to enter force.

President Armen Sarkissian held a meeting with Gasparyan. Vazgen Manukyan, a politician who has been touted by the opposition as a possible interim prime minister to replace Pashinyan, told hundreds of supporters at a rally that the army would never allow Gasparyan to be sacked.

Pashinyan, a former journalist and lawmaker, came to power in a peaceful popular uprising in May 2018 known as Armenia's velvet revolution. But the loss of territory in and around the enclave of Nagorno-Karabakh last year was a bitter blow for Armenians, who had won control of the area in the 1990s in a war which killed at least 30,000 people.

The conflict was brought to a halt by a ceasefire deal brokered by Russia. Moscow, which has deployed peacekeepers to enforce the ceasefire, said on Friday it was vital the agreements be fully implemented despite Armenia's crisis. 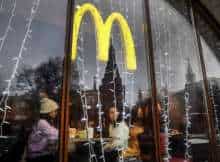