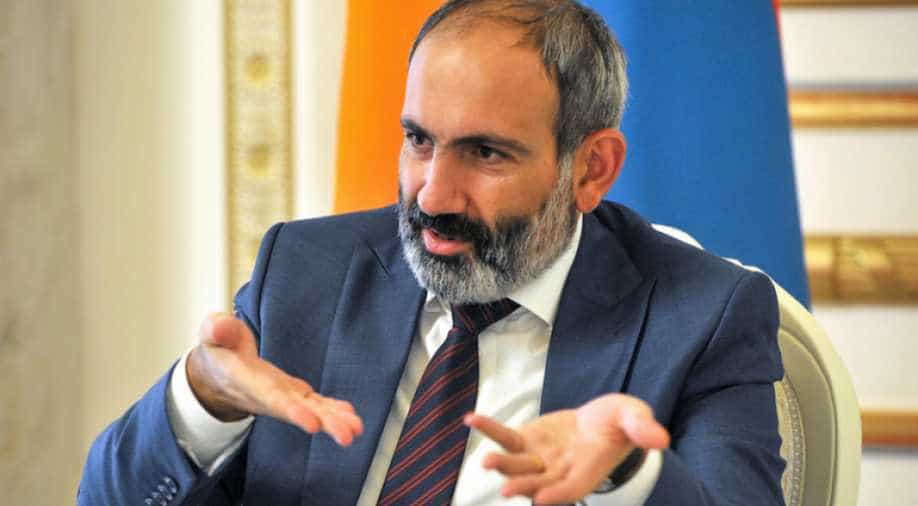 The dissolution of parliament is a major win for acting prime minister Pashinyan whose efforts to reform the ex-Soviet country of some 3 million have been frustrated for months by the ruling party.

The dissolution of parliament is a major win for acting prime minister Pashinyan whose efforts to reform the ex-Soviet country of some 3 million have been frustrated for months by the ruling party.

Pashinyan, who came to power in May after a popular revolt against the country's old guard, said the chamber was dissolved "in accordance with law" after MPs failed to elect a new prime minister for the second time over the past week.

An agreement has been reached with figurehead President Armen Sarkisian to hold the election on December 9, Pashinyan said.

The 43-year-old former journalist rose to power in May after spearheading weeks of peaceful anti-government rallies that ousted veteran leader Serzh Sarkisian.

Analysts said the victory of the popular politician's party in the December ballot was almost assured as Pashinyan pushes ahead with his campaign to reshape the South Causasus nation's political landscape.

"The snap polls' outcome is pretty predictable --  in December Pashinyan will be in control of parliament," analyst Vigen Hakobyan told AFP.

Since taking office, the hero of the street protests has won applause for launching an all-out crusade against endemic corruption and driving many members of the old elite from power.

But the new government quickly found itself at loggerheads with ex-president Sarkisian's Republican Party which had a majority in parliament and stood in the way of Pashinyan's reform drive.

New parliamentary elections were not scheduled until 2022 and last month Pashinyan stepped down as prime minister to pave the way for snap polls.

He twice put forward his candidacy for re-election after agreeing with all the parliamentary factions that they would vote him down to trigger early polls.

During his first five months in office he pursued a balanced foreign policy. He reassured Russian President Vladimir Putin that Armenia would remain Moscow's loyal ally but at the same time he sought to charm Western leaders.

During an international summit in the capital Yerevan in October he danced traditional Armenian dances with French President Emmanuel Macron and wore matching socks with Canadian Prime Minister Justin Trudeau.

The politician's popularity at home has only grown over the past few months.

In August, thousands of Armenians shouted Pashinyan's name as he walked through the streets of Yerevan with visiting German Chancellor Angela Merkel.

Political analyst Stepan Safaryan said Pashinyan wanted to hold early elections while he was at the peak of his popularity.

"Right now the approval ratings of Pashinyan and his party are sky-high but who knows how long this will last," he told AFP.

"That's why he was keen to secure the holding of early polls as soon as possible."

In September, Pashinyan's bloc won a landslide victory in municipal elections, getting more than 80 percent of the vote in the capital, where nearly 40 percent of the country's population lives.

The outgoing parliament will continue working until the new legislature is elected.

The ruling party did not go without resistance.

Pashinyan said at the time the adoption of the bill was nothing short of a "counter-revolution".