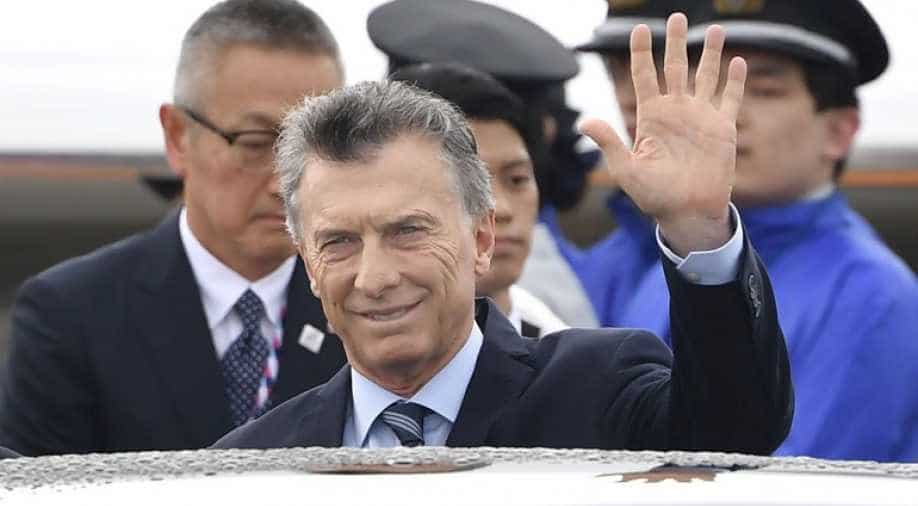 According to the poll, Macri and his running mate, moderate Peronist Miguel Angel Pichetto, would win 45% of the votes in an election run-off scenario in November, with the Fernandez ticket at 42.9%.

Argentine President Mauricio Macri has a narrow lead against his main challenger, candidate Alberto Fernandez, according to a poll published on Thursday, one of the first since candidates have officially announced their intention to run.

Macri was 2 percentage points ahead in the race to defeat Peronist candidate Fernandez, whose running mate is populist former President Cristina Fernandez, according to the 2,000 voters polled online, by telephone and in person by local firm Management & Fit. That slight lead is less than the poll's margin of error of 2.2%.

According to the poll, Macri and his running mate, moderate Peronist Miguel Angel Pichetto, would win 45% of the votes in an election run-off scenario in November, with the Fernandez ticket at 42.9%.

But in an open field, which mirrors how the first round of voting would take place in October, the Fernandez ticket would have a slim lead of less than 2% over Macri, which would lead to a second-round head-to-head.

To avoid a run-off vote in Argentina, a candidate must take at least 45 percent of the first round vote in October, or a minimum of 40 percent of the vote but win by at least a 10 percentage point margin.

Macri's 2015 campaign promises to kick-start Latin America's third-largest economy have been slow to materialize, with the economy shrinking 2.5 percent in 2018. However, the economy has shown some recent signs of improvement. The government predicts the economy will shrink a more modest 0.8% and inflation will be under 40.3% for the year, down from 47.6% in 2018, according to the upcoming budget proposal. The local peso currency, which lost half its value in 2018, has strengthened 7.5% in five weeks to 41.80 per U.S. dollar.

Alberto Fernandez has criticized Macri's policies and vowed to "rework" Argentina's huge financing deal with the International Monetary Fund for $56.3 billion. Though the Fernandez ticket has yet to announce a specific economic plan, they said they would tackle unemployment and the slump in industrial production.

Investors are wary of former President Cristina Fernandez due to her past economic policies.