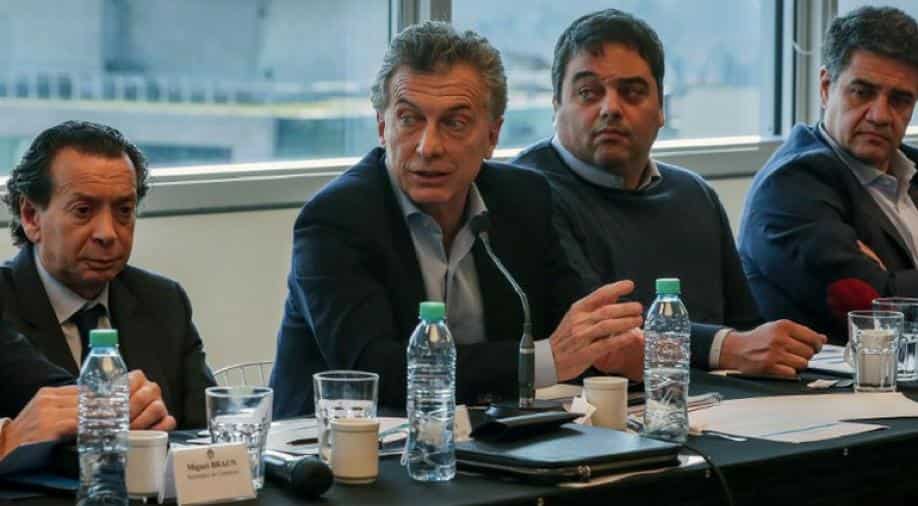 The vote tally was 138 in favour to 103 against, with eight abstentions. The draft now goes to the Senate for approval.

The lower house of Argentina's Congress approved Thursday an unpopular austerity budget designed to meet the requirements of a $57 billion IMF bailout.

The vote came in the early morning after 14 hours of debate and a day of unrest that saw police fire tear gas at people throwing rocks outside the legislature building to protest the 2019 blueprint's bitter cocktail of tax increases and spending cuts.

The vote tally was 138 in favour to 103 against, with eight abstentions. The draft now goes to the Senate for approval.

Unions and the leftist opposition have criticized center-right President Mauricio Macri's economic program of sweeping spending cuts to meet the deficit-reduction requirements of the IMF loan.

The bailout is supposed to help Argentina recover from an economic crisis in which the peso has lost half its value this year, inflation is forecast to finish the year at 40 per cent and the economy is expected to shrink by 2.6 per cent.

"We are in a crisis and the government must take responsibility. Social problems and the recession oblige us to pass the law," ruling Cambiemos party lawmaker Mario Negri said in a speech after the budget passed.

"To have no budget would be a defeat for the country," he added.

"No to the IMF budget. Don't cut our future!" shouted demonstrators outside while, inside the chamber, feelings ran high as lawmakers jostled and traded insults ahead of the vote.

Street protests have reflected growing public anger after Macri slashed civil service jobs as part of a bid to cut Argentina's fiscal deficit and tame inflation at the IMF's behest.

The budget deficit was 3.9 per cent of GDP last year. The government aims to get it down to 2.7 per cent in 2018 and zero by the end of next year.