April Fool's Day: History, significance and why is it celebrated 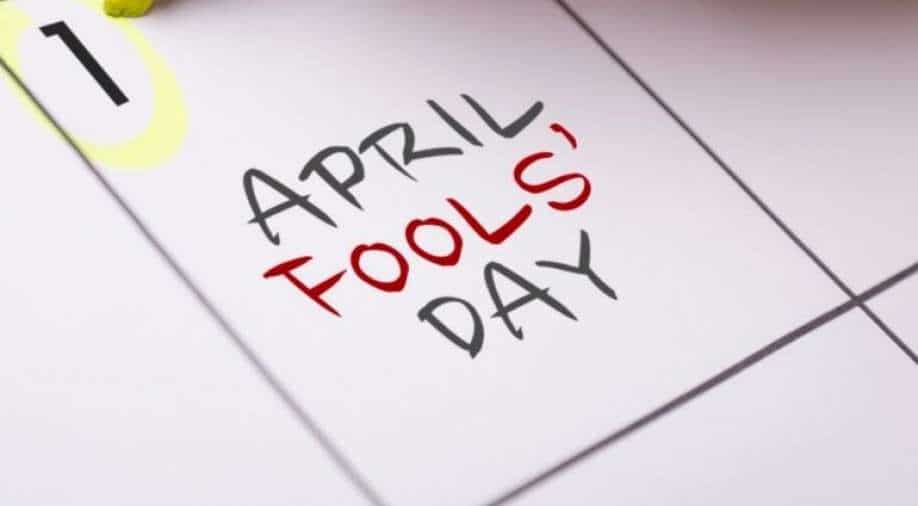 Tech giant Google, which is famous for its annual spoofs, has cancelled the tradition because of the pandemic which has killed at least 2,816,908 people since the outbreak emerged in China in December 2019

From Thailand to India, countries have told people not to make April Fools' Day pranks related to coronavirus, with some threatening jail time as they seek to prevent the spread of rumours which could put lives at risk.

Tech giant Google, which is famous for its annual spoofs, has cancelled the tradition because of the pandemic which has killed at least 2,816,908 people since the outbreak emerged in China in December 2019.

Also read| No, Volkswagen is not changing its name to 'Voltswagen of America'

The exact origin of April Fools' Day is not clear. Some speculate that it began from Geoffrey Chaucer's Canterbury Tales, while historians believe it began in France in 1564.

However, few scholars disagree with both and say that it dates back to the 1600s.

In France, the day is called the 'Poisson d'avril', which literally means ''April fish.'' The customary prank involves pinning a paper fish on people's back.

In Scotland, April fools' day continues into April 2 when it becomes the 'tailie day,' on which people stick a paper tail to their friends' back that reads ''kick me.''

Every year, brands come up with an innovative way to prank people...

German automaker Volkswagen AG's US unit issued a false news release on Tuesday claiming it would rename its US operations as "Voltswagen of America" in a marketing stunt designed to call attention to its electric vehicle efforts, the company said on Tuesday.

A company launched a beer-flavour pizza only to later clarify in a tweet that it was an April Fools' joke.

''Scary how many of you actually wanted to try these yesterday'', the tweet read.

An Indian app-based cab service- announced the world's fully electric flying car. People went berserk before they were told that it was a prank.

Our new #AlarmAtHome service for those who take their sleeping a little more seriously! 😴
Wherever you are, we promise we’ll wake you up to a great day!
Toh apne time ka karo sahi use, #UrbanCompany karo choose!
Don't forget to use the promo code "AbTohUthJa" for 50% off! 😎 pic.twitter.com/n2RSNdFMLO

An e-commerce company said it had begun accepting bitcoin as payment, while another brand launched an app-controlled nanotech hair colour as part of April Fool's Day.

It is funny how people fall for it every year. Although this year-- was a special case. Most of the people are barely managing to keep a tab on the date and the day-- courtesy of school closures, work from home, and the coronavirus.