Apple, Google, Facebook and Amazon have too much power, says US antitrust panel 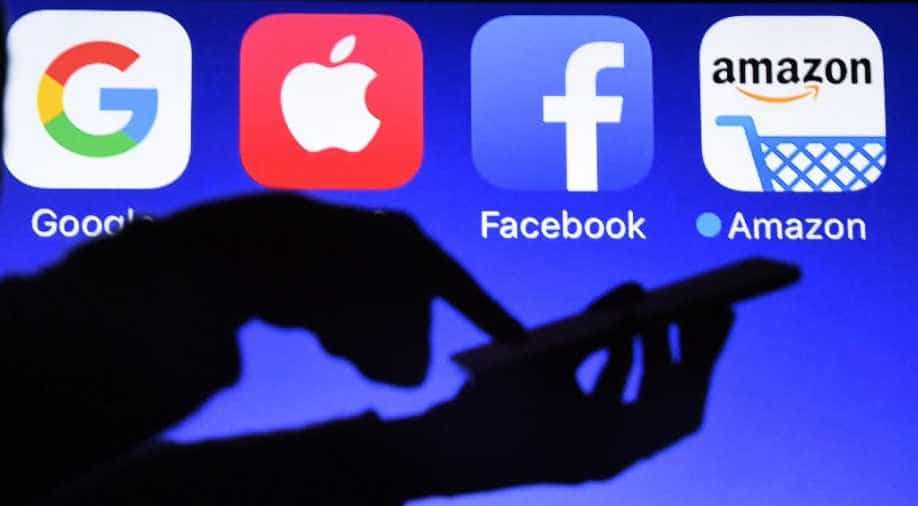 Jeff Bezos of Amazon,  Mark Zuckerberg of Facebook, Sundar Pichai of Google and Apple CEO Time Cook are all set to appear before the committee remotely.

The head of a US congressional antitrust committee David Cicilline said today that Apple, Google, Facebook and Amazon "have too much power" and will likely emerge from the coronavirus pandemic even stronger.

"Whether it's through self-preferencing, predatory pricing, or requiring users to buy additional products, the dominant platforms have wielded their power in destructive, harmful ways in order to expand," Democrat David Cicillin said as US lawmakers began antitrust hearing.

The House of Representatives hearing comes amid rising concerns over big tech companies exercising dominance. Jeff Bezos of Amazon,  Mark Zuckerberg of Facebook, Sundar Pichai of Google and Apple CEO Time Cook are all set to appear before the committee remotely.

Mark Zuckerberg in a prepared statement before the hearing said: "Our story would not have been possible without US laws that encourage competition and innovation," while adding that rules of the internet need to be updated. Facebook in recent years has been accused of failing to curb hate content.

The US congressional panel is probing "online platforms and market power" amid antitrust investigations in the US, Europe and elsewhere. Amid the US hearings, the European Union's competition authority opened a series of cases against Apple on Tuesday.

The move comes as the EU ordered Apple to repay $14.7 billion in back taxes over antitrust concerns. Spotify had earlier accused Apple of making unfair use of its app store to promote its own Apple Music.

"It appears that Apple obtained a 'gatekeeper' role when it comes to the distribution of apps and content to users of Apple's popular devices," EU Executive Vice President Margrethe Vestager, said.

"We need to ensure that Apple's rules do not distort competition in markets where Apple is competing with other app developers, for example with its music streaming service Apple Music or with Apple Books," Vestager added.