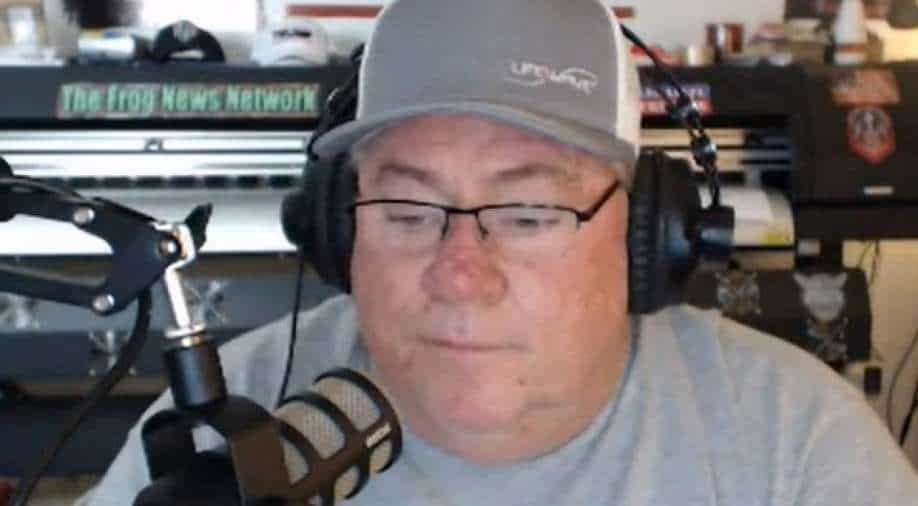 He used to peddle conspiracy theories ranging from hospitals intentionally killing patients, doctors inflating Covid numbers to claims such as vaccine was being used to kill seniors

An anti-vaccine podcaster died after he was infected with COVID-19 while attending a conspiracy conference that eventually became a super-spreader.

Doug Kuzma, 61, died on Monday after being hospitalised for 10 days in Virginia, following a visit to the right-wing “ReAwaken America Tour” in Dallas, Texas on December 11.

Kuzma used to broadcast on the FROG News podcasting network, which stands for “Fully Rely On God.”

He used to peddle conspiracy theories ranging from hospitals intentionally killing patients, doctors inflating Covid numbers to claims such as vaccine was being used to kill seniors.

Earlier, Kuzma claimed that it was his chronic bronchitis. On December 15, he posted on Facebook that he had a fever and had to call a doctor.

After suffering from a fever for five days, he was forced to admit that he had likely contracted COVID-19 and was reportedly found unconscious at his home on Christmas Eve, following which he was rushed to hospital and placed on a ventilator.

When someone commented that he should get a Covid test, Kuzma responded, “No way.” When the commenter said it was better to be “safe than sorry,” Kuzma once again lashed out, writing: “You must have lost your mind, so they can kill me, and try and give me the jab. I’ll die at the house before I go to the hospital.”

According to a member of FROG News, the final message Kuzma sent was a photo of himself with a “refill of ivermectin.”

The drug has not been approved for treating Covid and is best known as a horse dewormer.