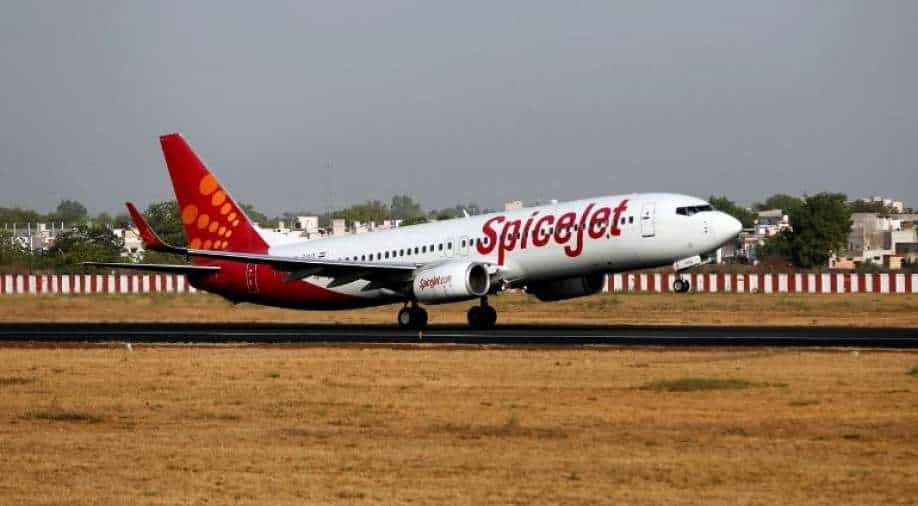 A Dubai-bound SpiceJet flight made an emergency landing in Pakistan's Karachi on Tuesday (July 5). Officials of the aviation regulator DGCA said that the flight was diverted to Karachi as the fuel indicator started malfunctioning.

The authorities said that the Boeing 737 Max aircraft was diverted to Karachi after it started showing unusual fuel quantity reduction from its left tank when it was mid-air.

The officials further said that no visual leak was observed from the left tank when an inspection was done at the Karachi airport.

An official of the Pakistan Civil Aviation Authority (PCCA) confirmed that the SpiceJet aircraft made an emergency landing at the Karachi airport after developing a technical fault after it left New Delhi for Dubai.

"The pilot of flight no SG 11 contacted the control tower while flying over Pakistan airspace and said the aircraft had developed some technical fault. He requested an emergency landing. He was given permission to land on humanitarian grounds," the PCAA official confirmed.

Authorities at the Directorate General of Civil Aviation (DGCA) have said that they are investigating the incident. They are also probing the previous incidents when SpiceJet flights made emergency landings.

Another incident on July 5

The same day, another snag occurred as one more flight made a priority landing in Mumbai.

During the cruise at FL230, the P2 side windshield outer pane cracked.

He said that pressurisation was observed to be normal and the aircraft landed safely in Mumbai.

June 19: An engine on SpiceJet's Delhi-bound aircraft carrying 185 passengers caught fire soon after taking off from the Patna airport and the plane made an emergency landing minutes later. The engine was hit by a bird.

June 19: In another incident, a flight for Jabalpur had to return to Delhi due to cabin pressurisation issues.

June 24 and June 25: Fuselage door warnings lit up on two separate planes while taking off on the mentioned dates. The issue had forced them to abandon their journeys and return.

July 2: SpiceJet airline said its aircraft made an emergency landing after the crew noticed smoke in the cabin soon after takeoff.

Last month, another flight was forced to make an emergency landing after its left engine caught fire.

In May, hundreds of its passengers were stranded inside their planes after the low-cost airline cancelled or delayed flights due to an "attempted ransomware attack", it said.