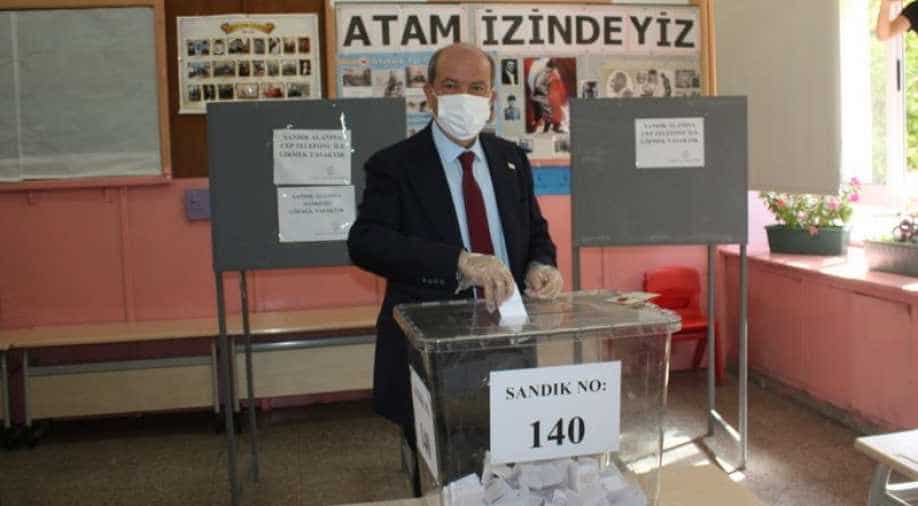 Tatar won 51.73 per cent, ahead of incumbent Turkish Cypriot leader Mustafa Akinci, who had been tipped to win a second term.

Tatar won 51.73 per cent, ahead of incumbent Turkish Cypriot leader Mustafa Akinci, who had been tipped to win a second term. He notably has been advocating a two-state solution on the divided island.

Tatar was already premier of the breakaway Turkish Republic of Northern Cyprus (TRNC), which is recognised only by Turkey, in an uneasy partnership with Akinci, who had backed the island's reunification in UN-brokered negotiations with the Greek Cypriots.

It was a role obtained after the collapse of a coalition government in May 2019 and one where he had the support of Turkey, the only country who recognises the TRNC.

Tatar courted controversy just days before the first round of the presidential election on October 11 when he visited Ankara and made an appearance alongside Turkish President Recep Tayyip Erdogan.

His first entry into politics came in 2003 when he joined the National Unity Party (UBP), which he has led since 2018. But he won political office in April 2009 when he was elected MP for Nicosia for the UBP, and served as finance minister between 2009 and 2013.

Amid tensions in the eastern Mediterranean which are exacerbated by the island's division, Tatar has defended Turkey's gas exploration as an attempt to ensure Turkey and Turkish Cypriots' rights are protected.

After the collapse of peace talks in Switzerland in July 2017, Tatar said negotiations "cannot continue from where they were left off".