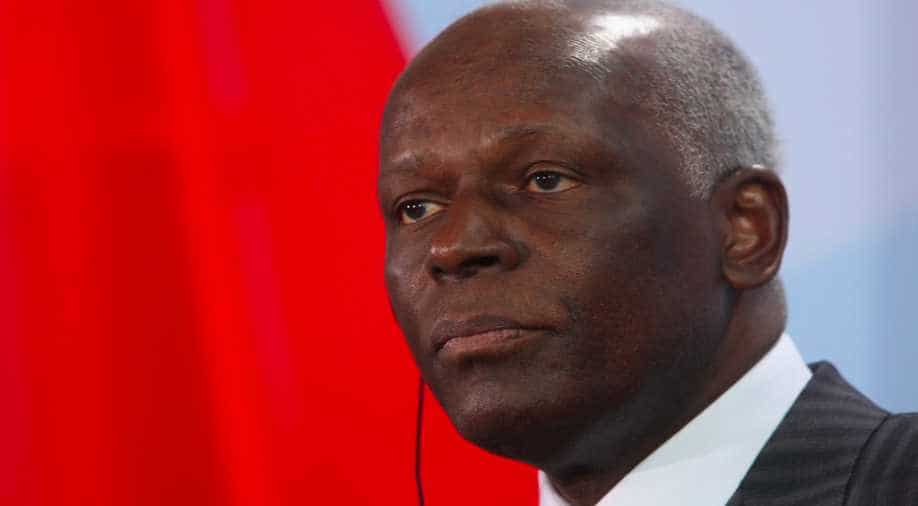 Dos Santos? rule has seen the end of civil war and an investment boom, but has also been criticised as secretive and corrupt with Angola?s citizens suffering in poverty while his family became hugely wealthy. Photograph:(Getty)
Follow Us

Angolan President Jose Eduardo dos Santos will stand down before next year’s general election, after being in power for 37 years,state radio said on Friday.

Dos Santos’ rule has seen the end of civil war and an investment boom, but has also been criticised as secretive and corrupt with Angola’s citizens suffering in poverty while his family became hugely wealthy.

National Radio of Angola said that defence minister Joao Lourenco would take over as the ruling MPLA’s leader, in news confirmed to AFP by Joao Pinto, a senior member of the party.

"The president will not be a candidate and he already has a successor," Pinto told AFP.

"It will be Joao Lourenco, who will be presented to members of the party on December 10 when we celebrate the party`s anniversary."

At a meeting of the MPLA (People’s Movement for the Liberation of Angola) on Friday in Luanda, Dos Santos launched his party’s campaign for the election, but did not address whether he would seek a new term.

"Our goal is to win the election," he told delegates. "The key to success will be the discipline and the unity of all our candidates."

Dos Santos made a surprise announcement in March that he would step down in 2018, but has since given no further details about any resignation plan.

Following the constitutional changes in 2010, Angola does not directly elect a president,instead the leader of the winning party automatically becomes head of state.

Dos Santos was re-elected in August as the head of MPLA, extending his mandate by up to five years if the party wins the election.

The MPLA on Thursday issued a statement denying reports that Dos Santos was seriously ill.

"Dos Santos has personally directed the work of the MPLA and the state," it said.

"The MPLA party, which supports the Angolan government, warns all citizens to be aware of the circulation of false information against Angola on social media."

Angolan rapper and political activist Luaty Beirao, who was jailed for several months under Dos Santos' regime, told Portugese news agency Lusa that he was "very satisfied" at the prospect of his leaving office.

"Angola is the hostage of his decisions and whims and, fortunately, he has decided on his own that this was enough," he said, calling for "new faces and new blood in Angola".

Beirao and 16 others were arrested last year for "acts of rebellion" for attending a book club meet where one of the works discussed was about non-violent resistance to repressive regimes.

The case attracted international to rights issues in Angola and tall 17 were granted amnesty in October.

The end of Dos Santos’ regime will shake Angola, where he has been a looming presence in daily life longer than most people can remember, exercising almost a total authority over government, politics, media and business.