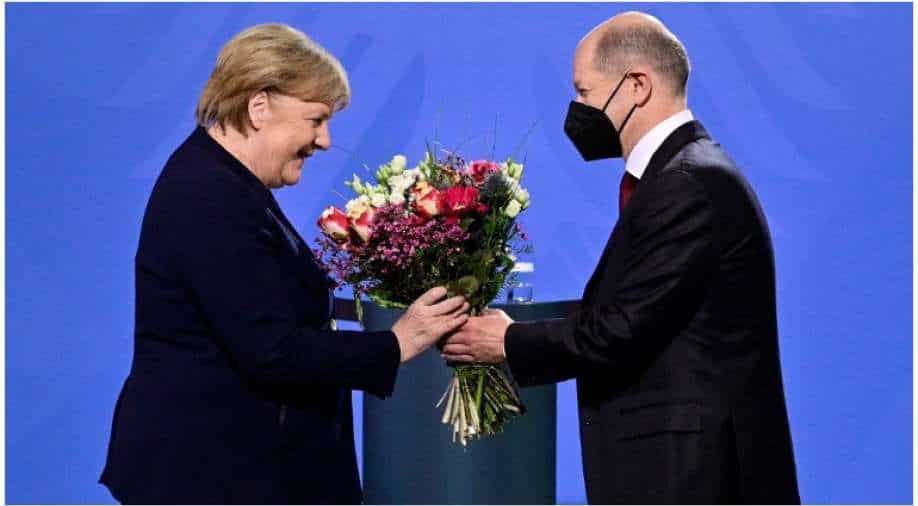 Angela Merkel was at the helm of Germany for 16 long years. When she left office on Wednesday, chancellery employees applauded in appreciation of her long stint steering biggest economy in Europe

German Chancellor Angela Merkel, often dubbed jokingly by many as Germany's 'permanent chancellor' due to her long stint at the helm, handed power to her successor Olaf Scholz in an official ceremony on Wednesday. She left her office in central Berlin by motorcade.

As she left her office, she was seen wearing a corona mask, sitting in the back of Mercedes car. Chancellery employees applauded her for her four consecutive terms in office that saw her steering the country with Europe's biggest economy for 16 years.

She urged new German chancellor Olaf Scholz to work in the country's best interest as she handed over power after 16 years in office.

"I know you are starting work highly motivated," she told Scholz at her chancellery in Berlin, adding: "take this office and work in the best interest of our country -- that is my wish." 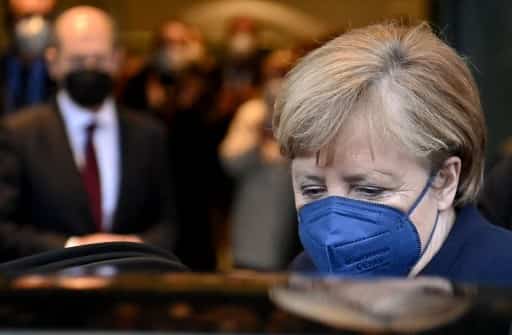 As he took over from Angela Merkel in official power handover ceremony Scholz pledged a "new beginning" for Germany.

"It will be a new beginning for our country. In any case I will do everything to work towards that," said the 63-year-old.

With his down-to-earth and no-nonsense manner, Scholz has positioned himself as Merkel's natural successor and a safe pair of hands to steer Germany through challenges ranging from tackling the climate crisis to dealing with a more confrontational Russia and a more assertive China.

Olaf Scholz's Social Democrats (SPD) had begun the election campaign at rock bottom in the polls, with many completely writing off Scholz's chances of heading the next government -- so much so that he didn't even have an official biography until this week.

But Scholz managed to stage a stunning upset, beating Merkel's conservatives by positioning himself as the best candidate to continue her legacy, even adopting her famous "rhombus" hand gesture on a magazine cover.

Unlike his rivals, he also managed not to make embarrassing mistakes during a campaign that drew on his reputation as a quiet workhorse, using the slogan "Scholz will sort it".

After a shorter than expected bout of post-election coalition haggling, Scholz has now managed to forge an alliance with the Greens and the liberal FDP.