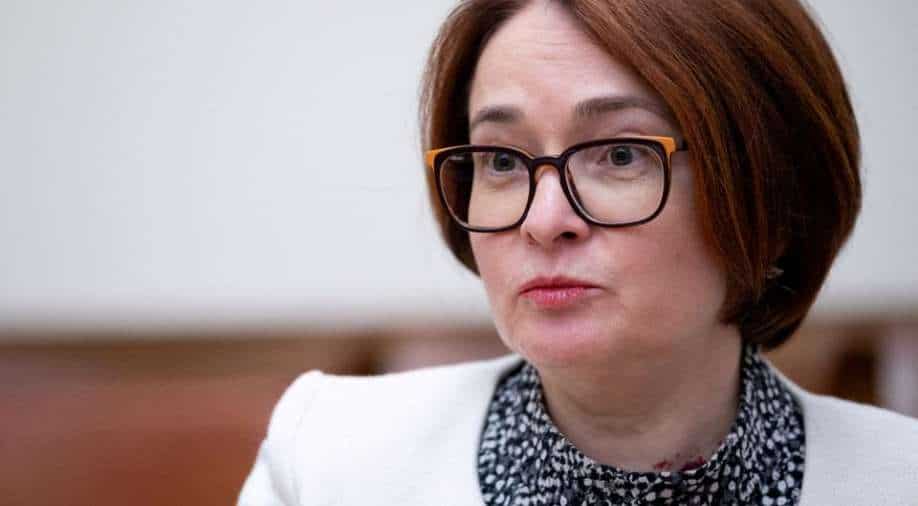 Russia’s war against Ukraine has led to strict economic sanctions from the United States and Europe, encouraged a large number of Western companies and banks to retreat from the country, and isolated Russia from much of the global financial system

Russia’s central bank governor, Elvira Nabiullina, said Friday the country’s economy would decline in the coming quarters and inflation would jump further as sanctions imposed after the invasion of Ukraine take their toll. Earlier, the bank’s board of directors held interest rates at 20%.

The bank said the dramatic doubling in interest rates Feb. 28, from 9.5%, and capital controls curbing the movement of money helped sustain financial stability in Russia and stop uncontrolled price increases. But the latest inflation data shows that, as of March 11, prices in Russia rose 12.5% from a year earlier.

Russia’s war against Ukraine has led to strict economic sanctions from the United States and Europe, encouraged a large number of Western companies and banks to retreat from the country, and isolated Russia from much of the global financial system.

“The Russian economy is entering the phase of a large-scale structural transformation, which will be accompanied by a temporary but inevitable period of increased inflation,” the Russian central bank said in a statement Friday.

Gross domestic product “will decline in the next quarters,” Nabiullina said later. Two consecutive quarters of economic decline are generally considered to be a recession.

The effect of the sanctions are being keenly felt in Russia.

“Today, almost all companies are experiencing disruptions in production and logistical chains and in their settlements with foreign counterparties,” Nabiullina said. Inflation was driven higher, she said, by a rise in demand for cars, household appliances, electronic devices and other goods as people rushed to buy because they feared prices would rise higher and supplies would run out.

The ruble has lost about 30% of its value against the U.S. dollar this year.

President Vladimir Putin of Russia put Nabiullina forward for another term as central bank governor Friday. She has held the position since 2013. Nabiullina also said Friday that stock trading on the Moscow Exchange would remain closed but government bond trading would restart Monday. Stocks haven’t traded on the exchange since Feb. 25.