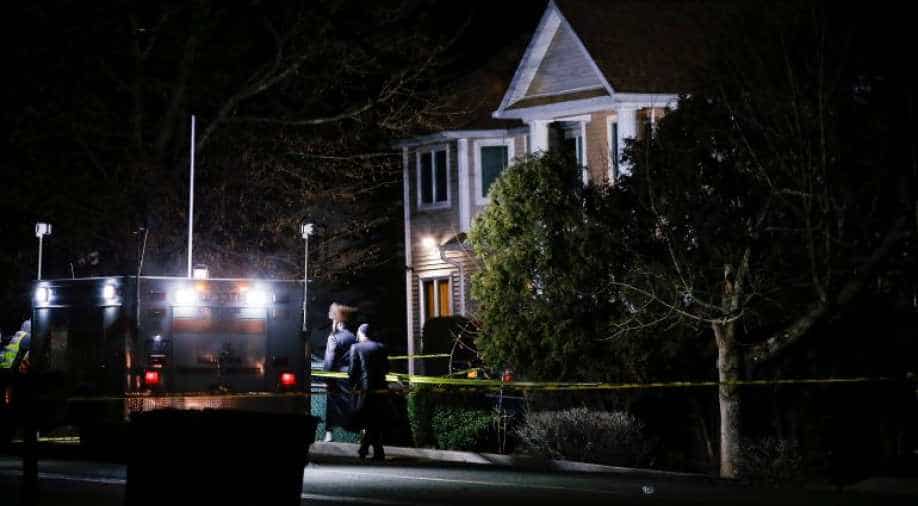 Authorities said the assailant was arrested in New York City's Manhattan borough after fleeing from the scene in the small town of Monsey by car, but have given no other details on the suspect.

New York's governor said a knife attack by an assailant who burst into a party at a Hasidic rabbi's home and stabbed five people late on Saturday was an act of domestic terrorism.

Visiting the scene in Rockland County, about 30 miles (48 km) north of New York City, Governor Andrew Cuomo met on Sunday with victims who had been attending the Hanukkah celebration at the home of rabbi Chaim Rottenberg.

"This is terrorism, it is domestic terrorism," Cuomo told reporters. "These are people who intend to create mass harm, mass violence, generate fear based on race, color, creed."

Authorities said the assailant was arrested in New York City's Manhattan borough after fleeing from the scene in the small town of Monsey by car, but have given no other details on the suspect.

According to Yossi Gestetner, co-founder of the Orthodox Jewish Public Affairs Council, the attacker had his face partially covered with a scarf when he stabbed five people, two of whom were in critical condition.

"One of the rabbi's children were also stabbed," Gestetner told reporters.

About a third of the population of Rockland County is Jewish, including a large enclave of Orthodox Jews who live in secluded communities.

The attack on the party, which was attended by dozens of people, followed a spate of anti-Semitic attacks in New York City and surrounding areas.

"Hate doesn't have a home in our city," Mayor Bill de Blasio wrote on Twitter, calling the assaults attacks on all New Yorkers.

In more deadly recent attacks, a gunman killed a female rabbi and wounded three people during Sabbath services at Congregation Chabad in Poway, near San Diego, on the last day of Passover in April 2019.

Six months before that, a gunman killed 11 worshipers at the Tree of Life synagogue in Pittsburgh in the deadliest anti-Semitic attack in US history.

The Jewish holiday of Hanukkah commemorates the 2nd century BC victory of Judah Maccabee and his followers in a revolt against armies of the Seleucid Empire.