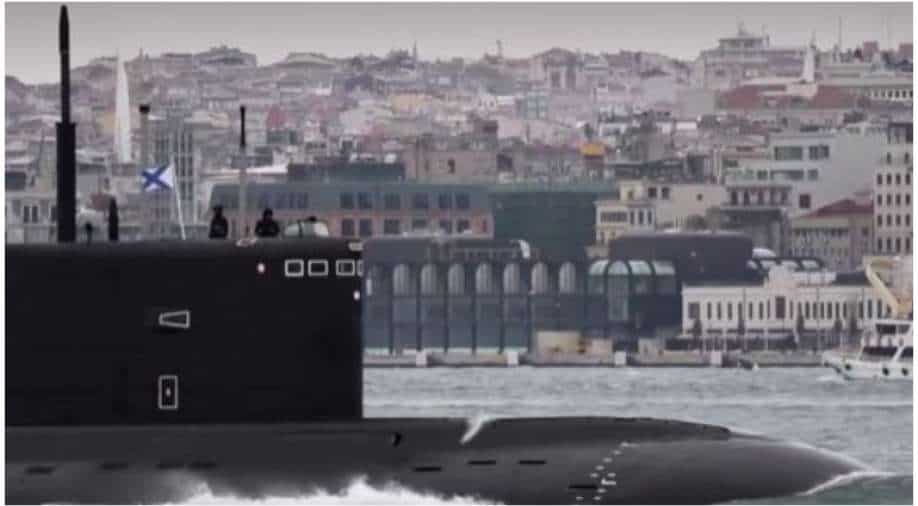 Amid heightened tensions in Europe over the Ukraine crisis, a Russian submarine passed through Turkey's Bosphorus strait on Sunday (February 13) to sail to Black Sea. Six Russian naval landing ships have already sailed through the strait to Black Sea last week.

The submarine on Sunday was a Kilo-class submarine Rosotv-on-Don.

More than 30 ships from the Russian Black Sea fleet have started training exercises near the Crimea peninsula as part of wider navy drills, RIA news agency reported citing the fleet.

The naval movements have been taking place even as more than 100,000 Russian troops remain stationed along Russia-Ukraine border. US President Joe Biden has already said that the invasion may take place on February 16.

Many countries have begun asking their diplomats in Ukraine to return home in light of the rising tensions. Russia faces immense pressure from the Western countries who have warned of sanctions as well as military action if Russia chooses to invade Ukraine.

Russia announced last month its navy would stage a sweeping set of exercises involving all its fleets this month and next, from the Pacific to the Atlantic, the latest show of strength in a surge of military activity during the standoff with the West.