Amid tensions with Iran, US Navy plans to deploy Middle East drone force 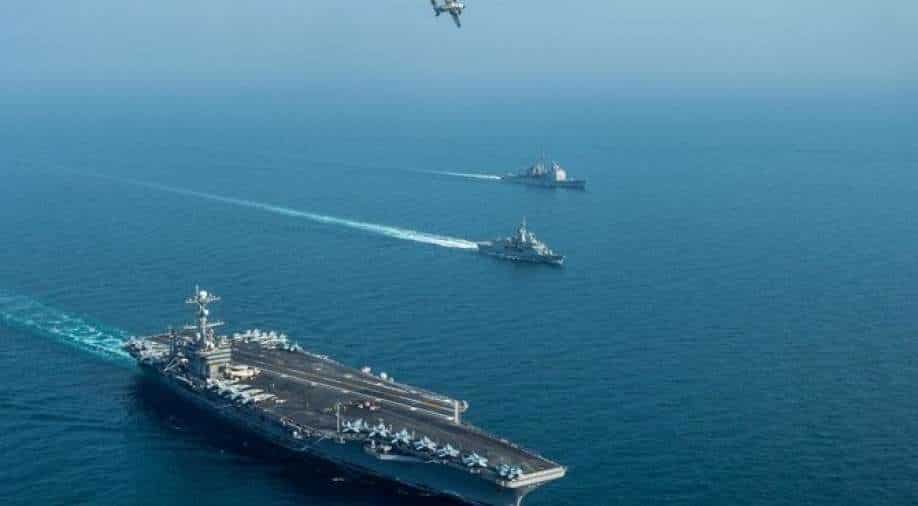 There have been high-seas confrontations between US and Iranian forces with attacks on oil tankers in Gulf waters in 2019. Iran denied accusations of carrying out the attacks

Amid tensions with Iran, the United States Navy has announced to deploy a fleet of unmanned drones to the Gulf region to patrol vast swaths of the region’s waters and improve deterrence against attacks.

The region is essential for global trade, especially oil supplies that flow out of the Gulf via the Strait of Hormuz.

Vice Admiral Brad Cooper, who leads the Bahrain-based 5th Fleet said that 100 unmanned drones, both sailing and submersible, would be launched with allied nations.

He expects the latest deployment to dramatically multiply the surveillance capacities of the US Navy, enabling it to keep a close eye on waters critical to the flow of global oil and shipping.

“By using unmanned systems, we can just simply see more. They’re high-reliability and remove the human factor,” Vice Admiral Cooper told Associated Press on the sidelines of the Unmanned System Exhibition and Conference in Abu Dhabi.

Cooper hopes that the drone force, using artificial intelligence, would be operational by the summer of 2023 to put more “eyes and ears on the water.”

The 5th Fleet includes the crucial Strait of Hormuz, through which 20 per cent of all oil passes. It also stretches as far as the Red Sea reaches near the Suez Canal, the waterway in Egypt linking the Middle East to the Mediterranean, and the Bab el-Mandeb Strait off Yemen.

“It’s been well-established that Iran is the No 1 in the primary regional threat we are addressing,” Cooper said.

There have been high-seas confrontations between US and Iranian forces with attacks on oil tankers in Gulf waters in 2019. Iran denied accusations of carrying out the attacks.