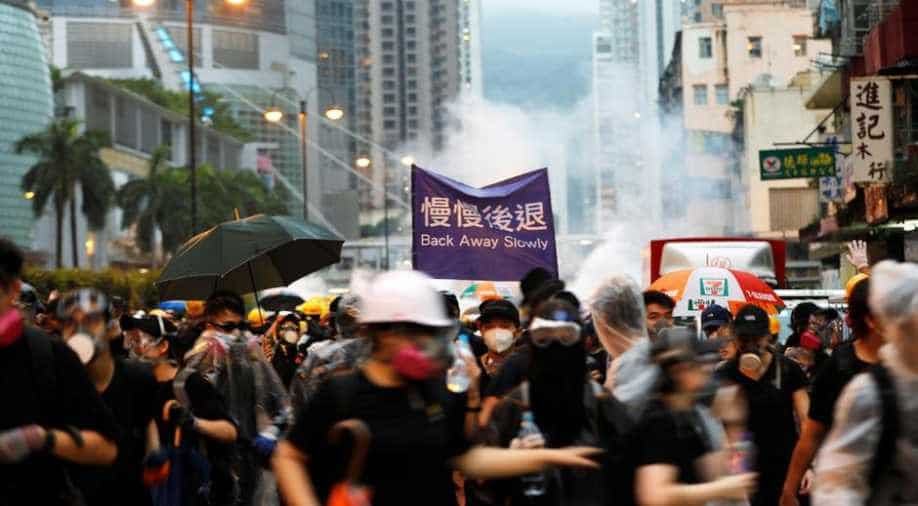 One that would make disrespecting China’s national anthem a criminal offence. An opposition lawmaker got so angry, he got up, spoke against the bill and threw rotten plants at the president’s seat.

Thirty years ago there was Tiananmen square when China unleashed its troops on protestors asking for democratic reform. The year was 1989 and there was a massacre.

Now in 2020, China doesn't have to roll out tanks anymore. It can kill democracy with a law. Hong Kong, as we know, may soon be history. China is taking control of ending Hong Kong's autonomy.

Despite protests, both on the streets of Hong Kong and in international political circles. Beijing is imposing the controversial national security law. It was proposed almost a week back. Today it was passed by China's parliament, the National People’s Congress.

And it doesn’t come as a surprise because the Chinese parliament - the NPC, is essentially a rubber-stamp parliament. In the final vote count there were 2,878 votes in favour and one against. Just one delegate was against it. Six chose to abstain and when the bill was passed, there was applause.

This is in stark contrast to what happened in Hong Kong. Some very different scenes were playing out. There were clashes even as the legislative council was debating a different bill. However, the anger against Beijing was quite apparent.

The law makes disrespecting China’s national anthem a criminal offence. An opposition lawmaker got so angry that he got up, spoke against the bill and threw rotten plants at the president’s seat.

The lawmaker said that the rotten plants symbolised the decay of Hong kong’s political system. Two pro-democracy lawmakers were made to leave and emergency services were called in.

Security guards were seen covering the container. One official was seen spraying air purifier around the chamber. All this is a signal of things to come as pro-democracy protesters gear up to fight Beijing on the streets again.

China’s move to impose the national security law on Hong Kong will lead to an angry backlash. Beijing's new law is being described as a death knell for Hong Kong. It allows China to install its own security agencies in the region. It also gives China the power to quash any protest in Hong Kong.

The devil, they say, is in the detail but there are no details. The final law hasn’t even been drafted yet. The top leadership of China under Xi Jinping and six others get to decide what the final law will look like and Hong Kong most likely, won't have a say in the process.

Once the law is written, the leadership of Hong Kong, that is appointed by Beijing will be required to enforce it immediately. Hong Kong will lose its autonomy, independence and freedom. Its judicial system will look more like China’s.

Activist groups could face bans and pro-democracy campaigners could be thrown in jail for a long period. This is what China has done in the face of rising protests and in the full glare of the global community, it has killed democracy in Hong Kong.

However, this time world powers are not mute spectators. They are hitting back at Beijing with a series of retaliatory moves.