Amid panic due to the rapid surge of Omicron, US stores put limits on at-home Covid test purchase 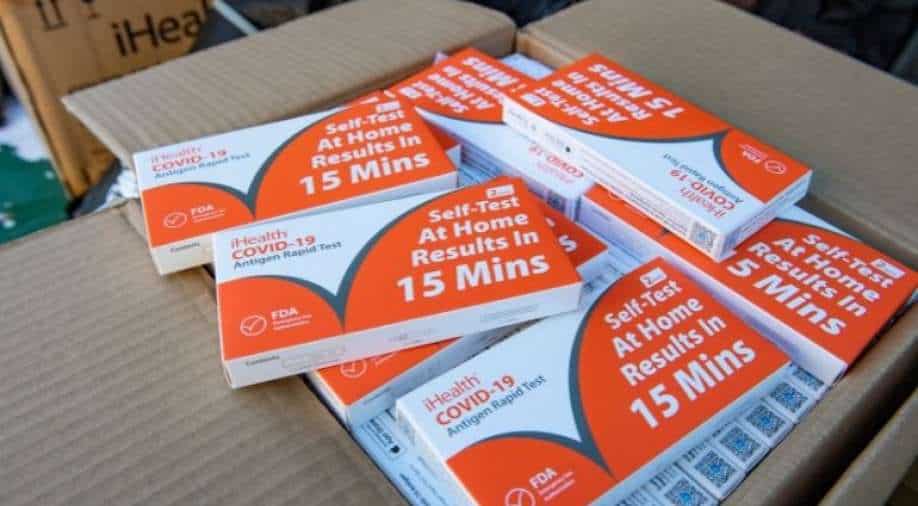 The shortage of rapid at-home tests has forced Americans to line up across the nation -- sometimes for hours -- to get a test at a clinic or mobile testing site. Photograph:( AFP )

Pharmacy chains CVS and Walgreens have set maximum kits per customer to six and four, respectively

As a result of the return to travel during the holiday season and the rapidly spreading Omicron variant, Americans were scrambling Wednesday to find at-home Covid diagnostic kits, causing multiple major distributors to restrict the number of kits available per customer.

The number of tests per person was limited starting Wednesday by both Amazon and vendors on its platform.

Pharmacy chains CVS and Walgreens have set maximum kits per customer to six and four, respectively.

Walgreens made the decision after "incredible demand for at-home rapid testing" stretched its inventory, according to a company press release.

As part of its plan, the company said it will "work diligently" with suppliers to get more samples on its shelves, although some stores may be affected by the temporary shortage.

"We ask that our customers please show patience and understanding as together, we continue to navigate the evolving pandemic environment," said Walgreen President John Standley in the statement.

Also read | Boosters cannot be seen as a ticket to go ahead, says WHO chief Tedros amid Omicron threat

The shortage of rapid at-home tests has forced Americans to line up across the nation -- sometimes for hours -- to get a test at a clinic or mobile testing site.

One centre near the capital, Washington said the number of tests it is performing daily has quadrupled in the last two weeks.

Health officials report that the fast-spreading Omicron variant is the principal coronavirus strain in the United States, contributing to 73.2 per cent of new cases in the week ending December 18.

Watch | 'Maybe one of the few things he and I agree on,' Biden appreciates Trump on getting booster shot

Earlier this week, US President Joe Biden announced that the federal government would purchase 500 million rapid tests. However, these additional tests aren't expected to be available until January.