Amid pandemic, US sanctions Chinese officials over Uighur abuses 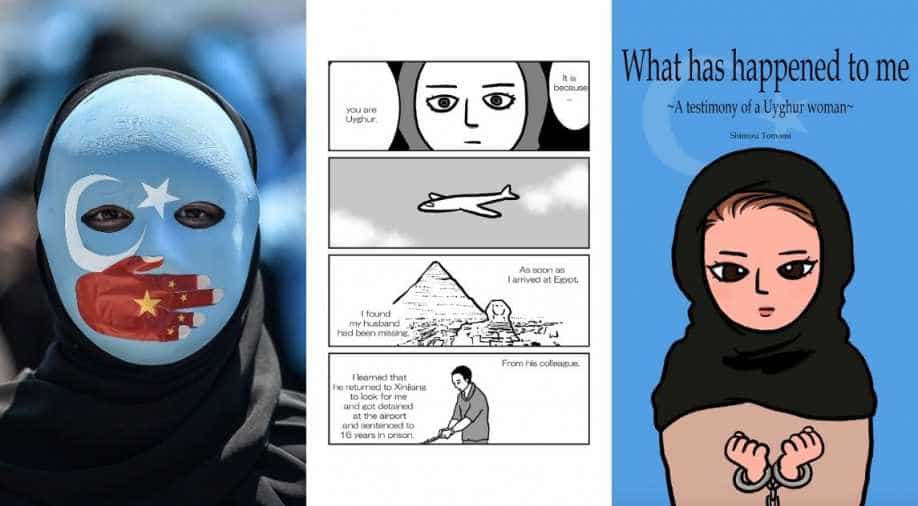 At least 2 million Uigurs are in detention camps or what can be called 21st century concentration camps but the human rights abuse has barely caught the interest of any country.

Uighur Muslims have been persecuted for their religion. but the Muslim nations of the world have been notable in their silence.

Tales of arbitrary detention, rape, organ harvesting and forced conversions have been doing the rounds for years now.

Xinjiang shares borders with eight countries but the Uighurs are no one's vote bank, if anything in 2019, Pakistan and Saudi Arabia were praising China at the United Nations for Beijing's "remarkable achievements" in human rights and "counter-terrorism" in Xinjiang.

At least 2 million Uigurs are in detention camps or what can be called 21st century concentration camps but the human rights abuse has barely caught the interest of any country.

Instead, countries chose to prioritise their economic ties and strategic relationship with China. Some were even complacent in the crime. In 2015, Thailand sent back over 100 Uighurs, two years later, Egypt deported Uighur students and China was happy, a couple of words of condemnation and fringe protests aside, its plan was falling in place.

It was persecuting an ethnic community on the pretext of vocational training. Beijing had a free run in suppressing Uighur resistance to the Chinese rule in Xinjiang. The global silence helped China snatch their right to life, freedom of speech and expression. The groundwork for the genocide was laid in back 2014 when Chinese president Xi Jinping visited Xinjiang and up until 2020, the plan was on track.

At least 10 per cent of the Uighurs were behind bars. Beijing had built over 143 camps in Xinjiang and no one in the world was hearing the cries from behind the high walls and barbed wires.

China's wrongdoings started putting votes at risk. The world finally wants to punish China, and the Uighurs have taken centrestage.

The US slapped four Chinese Communist Party officials with sanctions including Chen Quangou - a member of China's powerful politburo. All four officials have been accused of human rights abuses against Uighur Muslims.

Washington is now calling upon the world to unite against the Chinese Communist Party. The ethnic minorities from China have published a report and have asked world bodies to put pressure on China and investigate the genocide against the Uighurs.

The report says the Chinese government has deployed 1.1 million Han Chinese cadres to control the daily life of Uighurs and now over six years of persecution later, the Uighur crisis is finally being addressed.

The question now is - how can the world punish China? Sanctions and letters of condemnation have not worked in the past, if the world wants to free the Uighurs, if it wants to punish China, it must hit China where it hurts the most - they can start with the Communnist Party's coffers.