Amid heightened security over terrorism concerns, US celebrates Fourth of July 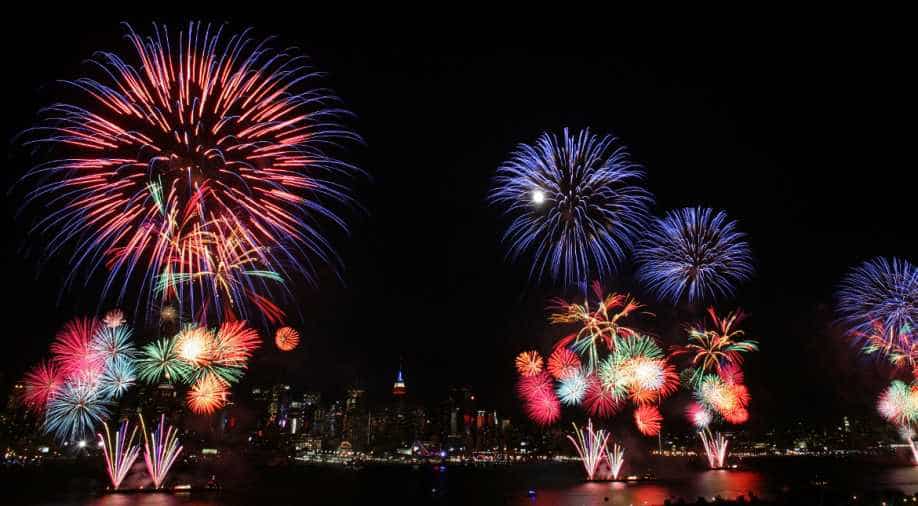 The New York City skyline is seen in the distance as fireworks explode over the Hudson River during the Macy's fireworks display July 4, 2009 in Weehawken, New Jersey. (Representative Image) Photograph:( Getty )

Follow Us
The United States celebrates Fourth of July on Monday with parades, hotdog eating contests and fireworks shows amid heightened security because of concerns about terrorism in New York and timeworn holiday gun violence in Chicago.

Millions of Americans will mark independence from Britain with celebrations as boisterous as a music-packed party by country music legend Willie Nelson for 10,000 people at a race track in Austin, Texas and as staid as colonial-era costumed actors reading the Declaration of Independence at the National Archives in Washington.

NYPD's human presence to be increased by 2,000 officers

History may be in the making in the traditional hotdog-eating contest at New York's Coney Island. Joey "Jaws" Chestnut - a world record holder who ate 69 hotdogs in 10 minutes - attempts to regain his Mustard Yellow International Belt from Matt Stonie, who last year ended Chestnut`s run of eight straight victories.

The department`s human presence this holiday will be increased by nearly 2,000 new officers who graduated Friday from the New York City Police Academy.

"As we always have the capacity in New York to put out a lot of resources, that`s the name of the game, in dealing with terrorist threats," Bratton said.

Police in Chicago, which has seen a spike in gun murders this year, announced a stepped up presence with more than 5,000 officers on patrol over the long weekend, traditionally one of the year`s most violent, said Chicago Police Superintendent Eddie Johnson. Local media reported on Friday that 24 people had been shot over the past 24 hours, three fatally.

Dry weather forecasts across the country thrilled fireworks lovers, although some spots in Michigan have been so rain-starved that pyrotechnic shows were canceled in a handful of communities near Detroit to prevent fires.

NFL star Jason Pierre-Paul, who lost fingers as one of the 12,000 people injured and 11 killed in fireworks accidents last year, appeared in a public service announcement ahead of the 2016 holiday to urge greater caution.

"I lit up a firework, thought I could throw it away real quick and in a split second it blew off my whole hand," the New York Giants defensive end said in the spot produced by the Consumer Product Safety Commission.