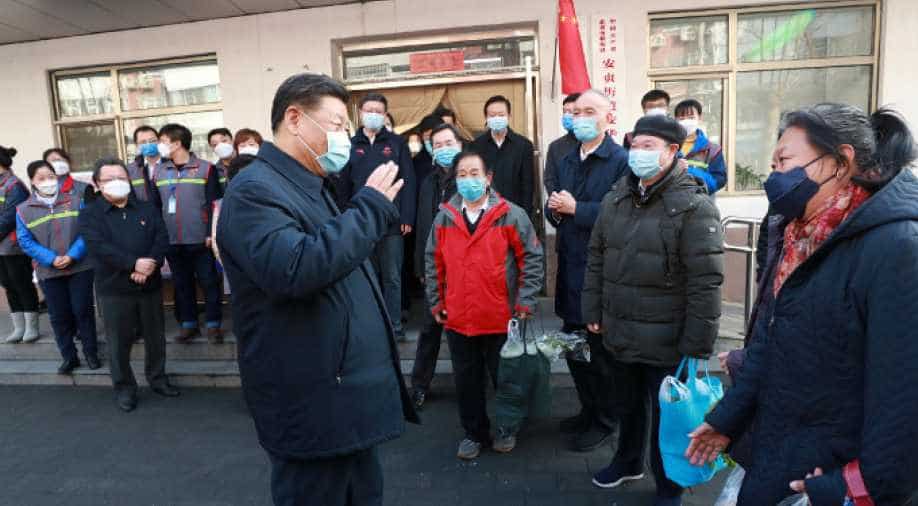 Xi Jinping is visiting ancient temples to boost public morale. The leader of an atheist state trying all tricks to burnish his image

Chinese President Xi Jinping is visiting provinces in China, he is on a photo op mission - is this because he is not confident he has popular support anymore - there are growing murmurs of discontent in China, residents are angry with the mishandling of the coronavirus pandemic.

Is Xi Jinping trying to humanise his policies? The Chinese regime is trying hard to rebuild the image of its leader - Xi Jinping. The chinese president has hit the road along with cameras. He is visiting ancient Buddhist temples and also visiting farms and factories across China.

The state media is taking care of the PR. Every headline, every visual from China is aimed at "humanising" the leader and his policies. How much is the propaganda working? or is it working at all?

Turmoil in Hong Kong, challenge in Taiwan, bad press the world over and growing dissent at home. The Chinese regime's reflex for secrecy has backfired. The Chinese Communist Party is slowly getting cornered from all sides. Beijing wants to rebuild Xi Jinping's image but its toolbox to fix it seems to have only one instrument - propaganda.

This is how the Chinese top brass celebrated Mother's Day. A clip of their supreme ruler's mother talking to him on the phone was released on Sunday.

A video from 2001 released 19 years later accompanied by photos from the Chinese president's childhood. It was as a desperate attempt to humanise Xi Jinping who himself is taking cross-country trips to win over public opinion.

Xi Jinping is visiting ancient temples to boost public morale. The leader of an atheist state trying all tricks to burnish his image.

The Chinese president is visiting factories apparently to boost production and upgrade traditional manufacturing. He is checking the growth and production of daylilies. He is spending time with the farmers and Xi Jinping is brainstorming on how to convert small industries into cash cows.

This is what China wants you to believe. The state media too is spending column inches on the ponderous speeches and daily movements of their leader.

The headlines and visuals are not just for the clicks. They betray the growing political crisis in China. Questions are being asked on the extent of Beijing's coronavirus management.

Chinese citizens themselves are revolting and seeking explanations. Hong Kong is on the boil once again for democracy.

Taiwan is fighting back for its sovereignty even as new coronavirus cases are being reported in Wuhan and there's a global chorus to make China pay.

So China is feeding stories with positive sentiments to the domestic audience and stories of ordinary people are being turned into a narrative of national unity for the world to see. China's propaganda may have matured but so have its targets.