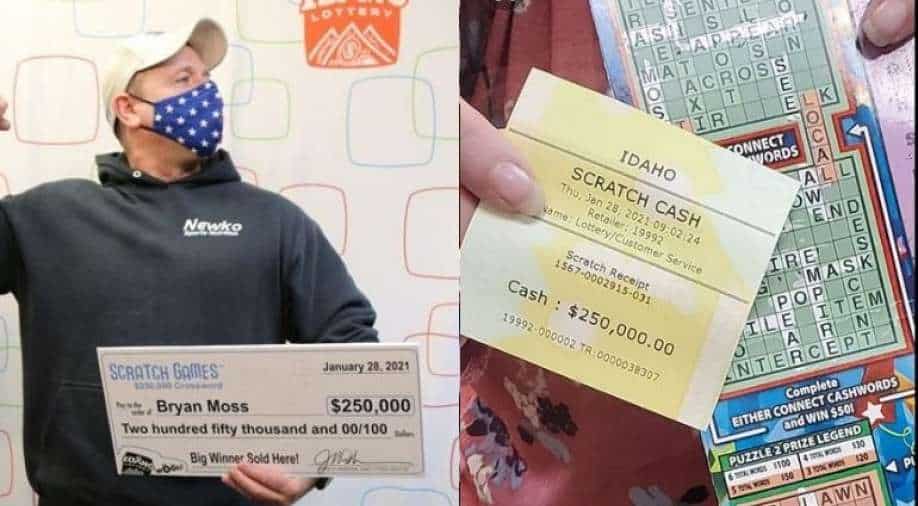 Bryan Moss claimed a $250,000 prize on the Lottery Scratch Game Crossword in Meridian. It was his sixth large prize win and first top prize from Idaho Lottery. Photograph:( Twitter )

His $250,000 prize was the largest he’s ever won, and it was his first top prize, according to the Idaho Lottery.

An American man who won $250,000 from a scratch-off lottery ticket said the jackpot is his sixth large prize won from a lottery game.

Bryan Moss claimed the top prize for the $250,000 Crossword scratch game at the Idaho Lottery headquarters in Boise Thursday morning.

He bought the winning ticket at the ExtraMile convenience store on Eagle Road and E. Goldstone Drive in Meridian.

His $250,000 prize was the largest he’s ever won, and it was his first top prize, according to the Idaho Lottery.

He said he plans to put the money aside for his daughter’s education.

The game has three crossword puzzles, and players scratch off 18 letters that are hidden. Then players match those letters to the ones in the three puzzles, hoping to uncover more words.