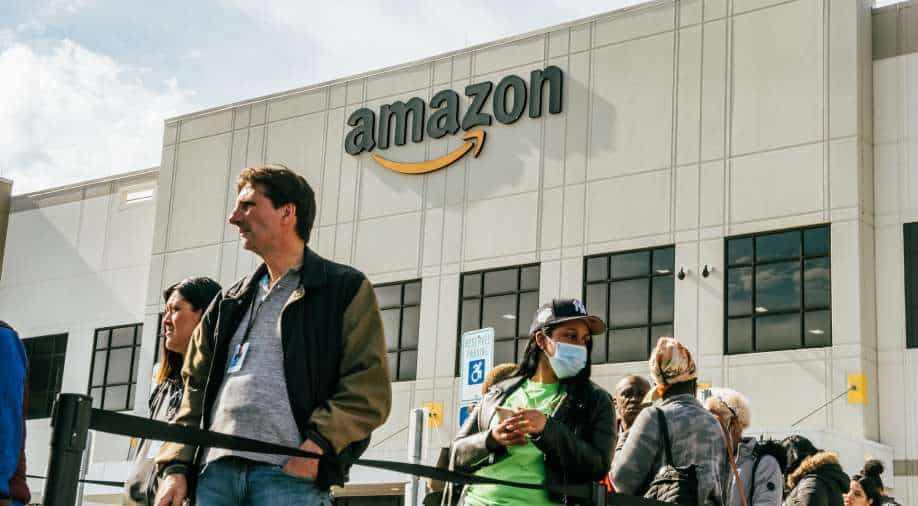 The problem for independent organizing efforts is that their momentum can be hard to sustain, even with such cutting-edge tools, or after securing a win through a strike or an election.

After the stunning victory at Amazon by a little-known independent union that didn’t exist 18 months ago, organized labour has begun to ask itself an increasingly pressing question: Does the labour movement need to get more disorganized?

Unlike traditional unions, the Amazon Labor Union relied almost entirely on current and former workers rather than professional organizers in its campaign at a warehouse on Staten Island in New York City. For financing, it turned to GoFundMe appeals rather than union coffers built from the dues of existing members. It spread the word in a break room and at low-key barbecues outside the warehouse.

In the end, the approach succeeded where far bigger, wealthier and more established unions have repeatedly fallen short.

“It’s sending a wake-up call to the rest of the labour movement,” said Mark Dimondstein, president of the American Postal Workers Union. “We have to be homegrown — we have to be driven by workers — to give ourselves the best chance.”

The success at Amazon comes on the heels of worker-driven initiatives in a variety of other industries. In 2018, rank-and-file public school teachers in states like West Virginia and Arizona used social media to plan a series of walkouts, setting in motion one of the largest labour actions in recent decades and forcing union leaders to embrace their tactics.

White-collar tech workers have organized protests at Google and Netflix over issues like sexual harassment and prejudice toward transgender people. At colleges like Grinnell and Dartmouth, workers have recently formed unions that are unaffiliated with existing labour groups.

And at Starbucks, where workers have voted to unionize 10 corporate-owned stores and filed for elections in roughly 150 more over the past six months, the campaign has largely expanded through worker-to-worker interactions over email, text and Zoom, even as it is being overseen by Workers United, an affiliate of the Service Employees International Union.

Nonunion Starbucks employees typically receive advice from their newly unionized counterparts, then meet with co-workers in their stores, distribute union cards, decide whether and when to file for an election and respond to media inquiries — responsibilities that professional union staff members often carry out in traditional campaigns.

“I can give my opinions — experience means something, but living it means more,” said Richard Bensinger, an organizer for Workers United, referring to the difference between organizing as an outsider and working at a company.

Some union officials have criticized the labour movement for being content to shrink gradually, like a wheezing media giant ill suited for the internet age, rather than experiment with new models and invest aggressively in recruitment. They have pointed to a decline in funding for an AFL-CIO department dedicated to organizing, although the federation’s president, Liz Shuler, has said organizing remains a priority and is funded through different mechanisms.

Other activists and scholars have complained that even when established unions do invest in organizing, some are too intent on controlling key decisions and use workers merely as props who recite union-crafted talking points.

In her book “No Shortcuts: Organizing for Power in the New Gilded Age,” organizer and scholar Jane McAlevey wrote sceptically of two common approaches of established unions. One is “advocacy,” in which union officials try to hammer out deals with corporate executives or political power brokers to allow workers to unionize, but with little input from workers.

McAlevey also questioned an approach she called “mobilization,” in which the union takes on an employer primarily through the efforts of a professional staff, consultants and a cadre of activists rather than a large group of rank-and-file workers. “The staffers see themselves, not ordinary people, as the key agents of change,” she wrote.

Some union officials have argued that the Fight for $15 campaign, in which the service employees’ union has spent tens of millions of dollars seeking to raise wages and help fast-food workers unionize, and OUR Walmart, which had similar goals for Walmart employees, were effectively mobilization efforts run largely by professional operatives.

“They were engaged in a campaign to try to bring to bear a lot of external pressure, with show strikes and community support, to jack up Walmart to deal with them,” said Peter Olney, a former organizing director of the International Longshore and Warehouse Union, alluding to protests involving activists but few workers. “My critique is that was not going to happen. Walmart is not going to respond to show strikes. You have to have real strikes.”

Critics typically acknowledge that the campaigns helped galvanize support for higher wages even if they fell short of unionizing workers. Defenders say the goal is to have an effect on a company- or industrywide scale rather than a few individual stores. They point to certain developments, like a pending California bill that would regulate fast-food wages and working conditions, as signs of progress.

In other cases, workers themselves have perceived the limitations of established unions and the advantages of going it alone. Joseph Fink, who works at an Amazon Fresh grocery store in Seattle with roughly 150 employees, said the workers there had reached out to a few unions when seeking to organize in the summer but decided that the unions’ focus on winning recognition through National Labor Relations Board elections would delay resolution of their complaints, which included sexual harassment and health and safety threats.

When the workers floated the idea of staging protests or walkouts as an alternative, union officials responded cautiously. “We received the response that if we were to speak up, assert our rights publicly, we’d be terminated,” Fink said. “It was a self-defeating narrative.”

The workers decided to form a union on their own without the formal blessing of the NLRB, a model known as a “solidarity union,” whose roots precede the modern labour movement.

For workers who seek NLRB certification, doing so independent of an established union also has advantages, such as confounding the talking points of employers and consultants, who often paint unions as “third parties” seeking to hoard workers’ dues.

At Amazon, the strategy was akin to sending a conventional army into battle against guerrillas: Organizers said the talking points had fallen flat once co-workers realized that the union consisted of fellow employees rather than outsiders.

“When a worker comes up to me, they look at me, then see I have a badge on and say, ‘You work here?’ They ask it in the most surprising way,” said Angelika Maldonado, an Amazon employee on Staten Island who heads the union’s workers committee. “‘I’m like, ‘Yeah, I work here.’ It makes us relatable from the beginning.”

In recent years, a variety of groups have sought to make it easier for workers to organize independently. The nonprofit Solidarity Fund has provided stipends to workers involved in organizing campaigns and awarded $2,500 grants to seven Amazon workers on Staten Island last year.

A for-profit company, Unit, provides software allowing workers to track the support of co-workers and file authorization signatures electronically with the NLRB. The company, structured as a public benefit corporation, pairs workers with one of its professional organizers during the most delicate portions of the unionizing process, such as employer anti-union meetings. It recently helped its first group of workers unionize at Piedmont Health Services, a health care provider in North Carolina with roughly 40 eligible employees.

The problem for independent organizing efforts is that their momentum can be hard to sustain, even with such cutting-edge tools, or after securing a win through a strike or an election.

“The organizing never stops,” said Kate Bronfenbrenner, director of labour education research at Cornell University. “You can’t sit back. For a normal first contract campaign, it averages three years. If Amazon contests this in court, this is going to take a lot longer.”

Established unions like the Retail, Wholesale and Department Store Union, which came close to winning a do-over election last week at an Amazon warehouse in Bessemer, Alabama, and recently notched a victory at outdoor retailer REI, can provide institutional support to see the effort through.

For worker-led unions, such challenges may point to the need for a hybrid approach in which they retain control of their organizations but seek guidance and resources from more established unions — something that is already occurring to varying degrees.

The Amazon workers on Staten Island received pro bono legal help from employees of established unions as well as office space, and the Communications Workers of America lent them a messaging platform capable of sending out texts to co-workers en masse.

At Starbucks, Workers United has paid for extensive legal work, such as litigating the company’s challenges to election petitions. A Buffalo, New York, barista involved in the original campaign is also an organizer paid by Workers United.

The question is whether traditional unions, while ramping up their contributions to these efforts, including opposition research and other public relations strategies, will be able to resist the temptation to seize control from the workers who fueled them.

Dimondstein, who said his Postal Workers union was prepared to contribute resources to the Amazon campaign with no strings attached, advised his fellow union leaders to stand down and play a similar long game.

“We need to make sure this doesn’t break down into jurisdictional fights — who’s getting these types of workers, these members,” he said.

But when asked whether he thought established unions would be able to resist that temptation, Dimondstein confessed his uncertainty. “Well, I don’t know how confident I am,” he said. “I know it’s necessary.”