Amazon rainforest fires: 'Our house is on fire', says Macron ahead of G7 Summit 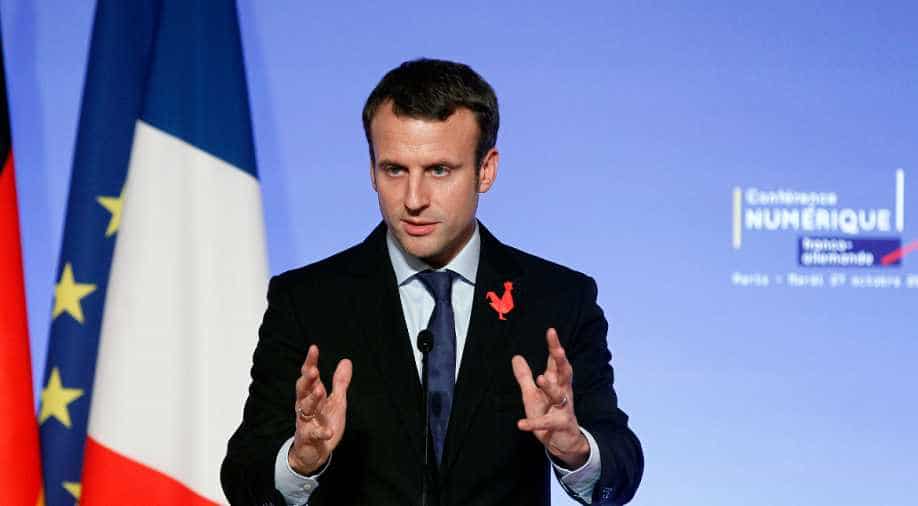 Official figures show nearly 73,000 forest fires were recorded in Brazil in the first eight months of the year -- the highest number for any year since 2013.

French President Emmanuel Macron on Thursday said the Amazon wildfires were "an international crisis" and called on the globe's most industrialized nations to address it at their summit this weekend.

Official figures show nearly 73,000 forest fires were recorded in Brazil in the first eight months of the year -- the highest number for any year since 2013. Most were in the Amazon.

The extent of the area damaged by fires has yet to be determined, but smoke has choked Sao Paulo and several other Brazilian cities in the past week.

"It is an international crisis. Members of the G7, let's talk in two days about this emergency."

That did not sit well with Brazil's President Jair Bolsonaro.

"The French president's suggestion that Amazon issues be discussed at the G-7 without participation by the countries in the region evokes a colonialist mentality that is out of place in the 21st century," Bolsonaro wrote on Twitter.

Neighboring Peru, which contains much of the Amazon basin, announced it was "on alert" for wildfires spreading from the rainforest in Brazil and Bolivia.

Paraguay and Bolivia are battling separate wildfires that have devastated large areas of their rainforests.

Paris and the United Nations called Thursday for the protection of the fire-plagued Amazon rainforest as Brazil's right-wing president accused his French counterpart of having a "colonialist mentality" over the issue.

UN chief Antonio Guterres said he was "deeply concerned" by the fires.

"In the midst of the global climate crisis, we cannot afford more damage to a major source of oxygen and biodiversity," he said on Twitter.

"The Amazon must be protected."