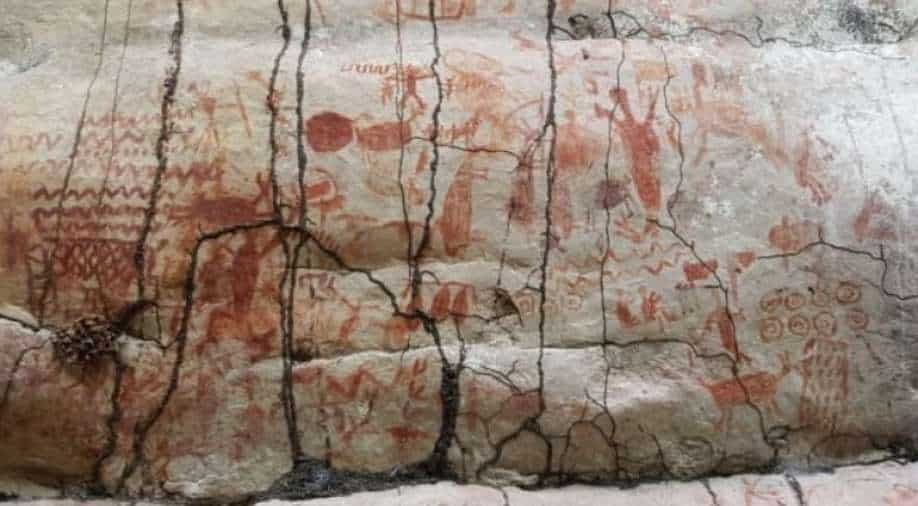 These artworks in Amazon rainforest in Colombia were probably made about 11,800 to 12,600 years ago

Researchers have found thousands of rock art pictures that show gigantic Ice Age creatures like mastodons, among others.

These artworks in Amazon rainforest in Colombia were probably made about 11,800 to 12,600 years ago, according to a press release from researchers at the Britain's University of Exeter.

Also read | Just how cold was the Ice Age exactly?

The paintings are made in three different rock shelters.

Situated in the Serranía La Lindosa in Colombia, the rock art shows how earlier living beings of the area used to have co-existed with Ice Age megafauna, with pictures depicting what looks like camelids, mastodons, sloths, horses and three-toed ungulates with trunks.

"These really are incredible images, produced by the earliest people to live in western Amazonia," said Mark Robinson, an archaeologist from the University of Exeter, as quoted by CNN.

"The paintings give a vivid and exciting glimpse in to the lives of these communities. It is unbelievable to us today to think they lived among, and hunted, giant herbivores, some which were the size of a small car."

Human figures, geometric shapes and hunting scenes were seen in some of the other pictures.

Animals, including bats, deer, tapirs, alligators, monkeys, turtles, porcupines and serpents can also be seen from the art.