All you need to know about Pentagon's newly discovered 'secret army' 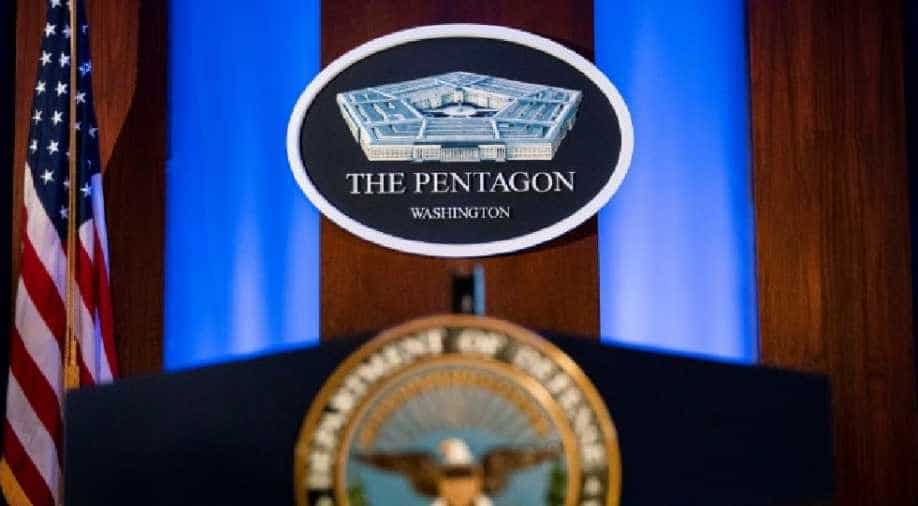 The Pentagon logo is seen behind the podium in the briefing room at the Pentagon in Arlington, Virginia, US, January 8, 2020. Photograph:(Reuters)
Follow Us

The United States has the most powerful military in the world. It can demonstrate authority in any part of the world in any theatre of war whether it is land, air or high seas. No one in the world can miss American deployments in foreign lands.

But, the US has a secret and undercover army of 60,000 officers and the world knows nothing about it.

A report claims these shadow warriors are spread out across the world's biggest conflict zones, from Pakistan to West Africa. The Pentagon's secret army is low profile and they operate under false identities and disguises. Sometimes, they operate even behind enemy lines.

A new report claims US has some 60,000 clandestine officers. This is the largest undercover force that the world has ever known. This secret army has been created by the US Department of Defence, better known as the Pentagon.

Reports say this force is 10 times bigger than the number of CIA’s spies. They carry out domestic and foreign assignments both in military uniforms and under civilian cover. No one knows who these officers are and exactly what they do because America has never talked about this secret force.

Unlike the rest of the American intelligence branches, this secret army hasn't been discussed by the US Congress at all. The US government may want to keep it that way, but American publication Newsweek has managed to access some details.

It says more than half of this secret army is engaged as special operations forces. They pursue terrorists in countries like Pakistan and West Africa. Some could even be deployed behind the borders of North Korea and Iran - two countries that are direct adversaries of America.

The other wing is of military intelligence specialists who are collectors, counter intelligence agents, and linguists. They’re deployed with a cover identity to protect them. This secret army also has a small, but a growing cyber intelligence wing. Sitting behind their computers, they hunt for high value targets using information in the public domain.

They are also involved in influence campaigns on social media. America is said to have the most extensive and sophisticated intelligence network in the world. Reports say such an initiative challenges America's domestic laws and goes against the military code of conduct and also goes against the Geneva Convention of Human Rights.