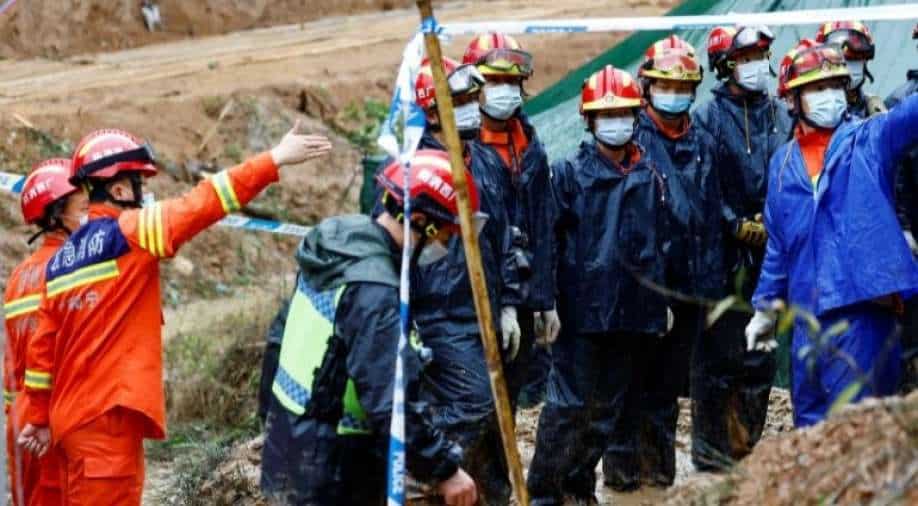 Chinese emergency workers have found an emergency location transmitter from the plane that had been close to where the second black box, the flight data recorder, had been installed

All 132 people aboard the plane that crashed into a mountainside in southern China are confirmed dead, state broadcaster CCTV reported.

"All 123 passengers and nine crew members of flight MU5735 of China Eastern airlines have been killed on board on March 21," CCTV said, citing the deputy director-general of the civil aviation administration, Hu Zhenjiang.

Chinese emergency workers have found an emergency location transmitter from the plane that had been close to where the second black box, the flight data recorder, had been installed, Zhu Tao, director of the Aviation Safety Office of the Civil Aviation Administration of China, told reporters.

The team is also seeking the data module from the flight data recorder itself.

The other black box, the cockpit voice recorder, was found on Wednesday and has been sent to Beijing for examination by experts.

Flight MU5735 was travelling from the southwestern city of Kunming to Guangzhou on the coast on Monday when the Boeing 737-800 plummeted from cruising altitude to crash in a heavily forested area of Guangxi region.

According to data from flight-tracking website FlightRadar24.com, the flight was traveling 455 knots (523 mph, 842 kph) at around 29,000 feet when it entered a steep and fast dive around 2:20 p.m. local time. The plane plunged to 7,400 feet before briefly regaining about 1,200 feel in altitude, then dove again. The plane stopped transmitting data 96 seconds after starting to fall.

Local villagers were first to arrive at the forested area where the plane went down and sparked a blaze big enough to be seen on NASA satellite images. Hundreds of rescue workers were swiftly dispatched from Guangxi and neighboring Guangdong province.

Chinese President Xi Jinping called for an “all-out effort” by the rescue operation, as well as for an investigation into the crash and to ensure complete civil aviation safety.

The last fatal crash of a Chinese airliner occurred in August 2010, when an Embraer ERJ 190-100 operated by Henan Airlines hit the ground short of the runway in the northeastern city of Yichun and caught fire. It carried 96 people and 44 of them died. Investigators blamed pilot error.

Chicago-based Boeing Co. said it was in contact with the US safety board “and our technical experts are prepared to assist with the investigation led by the Civil Aviation Administration of China.”