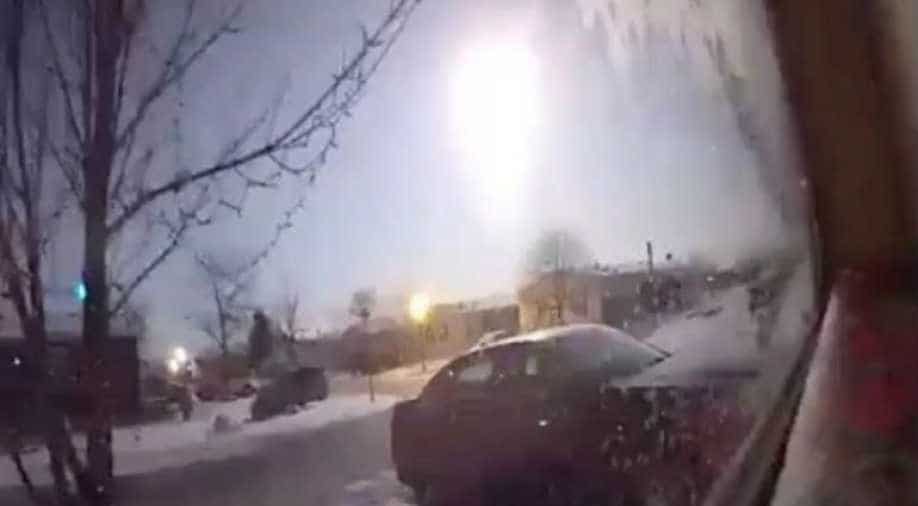 A bright meteor briefly swept across the sky over parts of the US Midwest and Canada on Tuesday, weather and geology agencies said, and then caused a powerful explosion that rattled homes and onlookers.

Dashcam footage of the Michigan meteor that happened tonight: pic.twitter.com/R7QI7kHOtc

The meteor was seen across the region in places such as Ohio, Michigan and Ontario at about 8 pm local time and registered a 2.0 magnitude tremor about 4 miles (7 km) east of Saint Clair Shores in Eastern Michigan, the United States Geological Survey said on its website.

The National Weather Service (NWS) confirmed it was not a meteorological event but more likely a meteor.

"The NWS can confirm the flash and boom was NOT thunder or lightning, but instead a likely meteor," the NWS in Detroit said on Twitter.

The meteor sighting lit up social media with people posting videos and reaction.

"I can't believe there was a Meteor! It shook our house and made a large bang! We thought someone hit our house," Twitter user Jennifer Wilson said in a post.

I can't believe there was a Meteor! It shook are house and made a large bang! We thought someone hit our house.

Others had more ominous thoughts.

"I thought for sure I was either seeing the alien invasion or the apocalypse. It's awesome in retrospect, freaky ... in real time," said a Twitter user who goes by the name Crash.