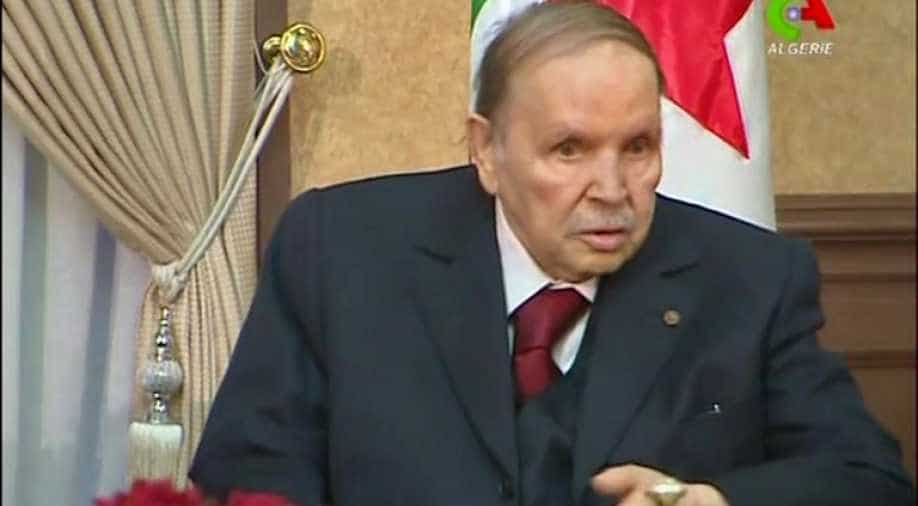 Bouteflika 'officially advised the Constitutional Council of the end of his term of office as President of the Republic', state television reported.

Bouteflika "officially advised the Constitutional Council of the end of his term of office as President of the Republic", state television reported.

"I have the honour to formally notify you of my decision to terminate my term of office as President of the Republic from today, Tuesday," state news agency APS quoted his resignation letter as saying.

"This decision which I take in my soul and conscience is destined to contribute to the appeasement of the hearts and minds of my compatriots, to allow them to take Algeria towards a better future to which they legitimately aspire," it added.

The resignation comes shortly after the military demanded impeachment proceedings be launched against Bouteflika.

The country celebrated the leader's step down by cheering and waving the national flag at Grand Post square, the epicentre of the protest against his rule in downtown Algiers.

Now the speaker of Algeria's upper house of parliament Abdelkader Bensalah would act as an interim leader for up to 90 days during which a presidential election must be organised.