Air pollution in China drops by 10% owing to coronavirus restrictions 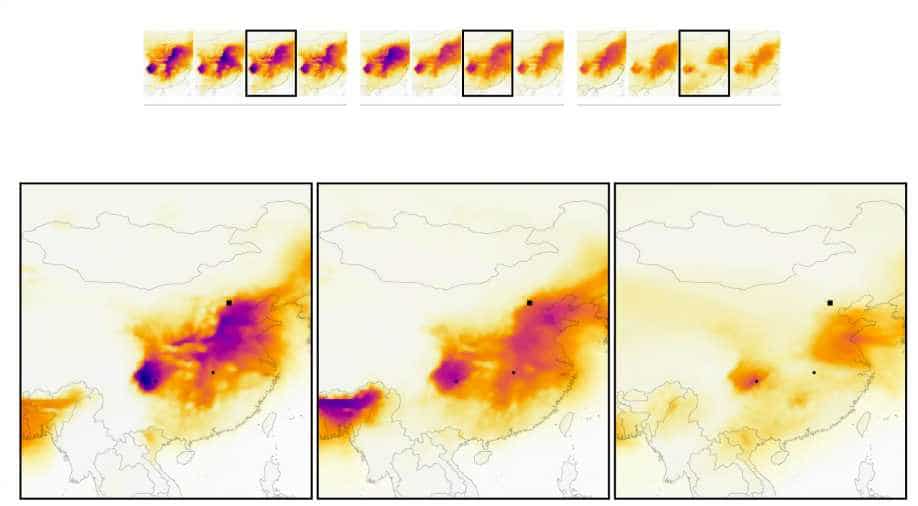 Average PM2.5 stood at 33 micrograms per cubic metre over the seven months, according to data collected from monitoring stations in more than 300 cities, the Ministry of Ecology and Environment said.

China saw average concentrations of lung-damaging airborne particles known as PM2.5 fall by 10.8 per cent from January to July as industry slowed because of the coronavirus, data showed on Friday, though levels were still well above WHO recommendations.

Average PM2.5 stood at 33 micrograms per cubic metre over the seven months, according to data collected from monitoring stations in more than 300 cities, the Ministry of Ecology and Environment said.

China's national standard is 35 micrograms, though the World Health Organization (WHO) recommends levels of no more than 10.

PM2.5 is caused by the burning of fossil fuels and other industrial processes and is associated with a range of health problems, including respiratory disease and cancer.

The environment ministry said the improvement in air quality throughout the country in February and March was "incomparable" after the government imposed lockdowns to prevent the spread of the novel coronavirus, which cut industrial activity and traffic.

But environmental groups have warned that China might turn a blind eye to industrial polluters and rely on energy-intensive processes to try to reverse the economic impact of the pandemic in the second half of the year.

"There was a temporary pollution increase in April but it quickly went down in May," said Li Shuo, senior energy and climate analyst with Greenpeace. "We need to see if July represents the beginning of a larger trend."

"Industrial outputs are coming back to pre-Covid levels," said Li.

"Sometimes air quality would correspond with that, sometimes not. Weather and other conditions play a role here too."